The most popular domestic animals, like cats and dogs, have taken their place in the songs of some artists who are very attached to their four-legged friends. 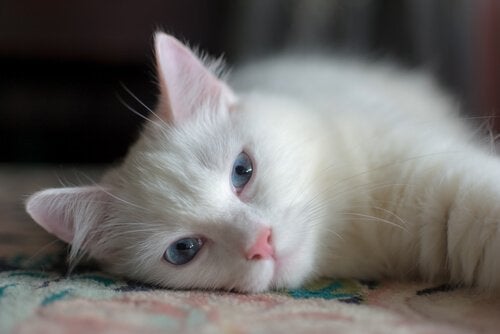 Animals are part of our daily lives and often also appear in movies, stories, and legends. In this article, you can read about the songs of internationally renowned artists that are dedicated to their pets.

Examples of songs dedicated to pets

People posing with their cats and dogs on social media is a new trend, but it’s not the only way to express their love towards their pets. Celebrities in the music world have another way to do so.

A love as unconditional as the one that animals show towards their family will eventually end up in the lyrics of some song, regardless of what the genre is. Below, you can  out about some emotional songs that were dedicated to pets:

Freddie Mercury was a well-known cat lover. He had several in his London home and lived with them until his death. The most “famous”cats were Tiffany, Romeo, and Delilah, who he dedicated a song to in 1991. This song was in his album Innuendo and it’s really beautiful.

These cats were special according to the musician’s lyrics: “You are unpredictable, you make me very happy when you snuggle up and sleep next to me.” While the other members of Queen didn’t agree to include the song, the singer’s insistence didn’t leave them any other choice.

2. Martha My Dear– The Beatles

Another song that was dedicated to pets is one that Paul McCartney wrote that’s in the White Album. This is an album of 30 songs in 1968 by the most famous band from England.

Martha was a Bobtail that the musician loved. However, the lyrics could also be talking about a woman or an old couple. However, when McCartney was asked who the song was about, he answered that it was for his adorable pet.

This Argentinian singer wrote songs about his feelings, like his mother, who he says she’s “the greatest mom in the world.” The striking thing is that the artist is dressed in black and has long hair, which shows his weakness for his pet.

Dog Blues was written in honor of his fox terrier, Cactus, who lived with him for many years. He even took him to concerts and tours around the country! The song says that his dog is perfect, loves the blues and goes on trips with him.

4. The Lovecats– The Cure

Another song dedicated to pets is one about a cat that brought Robert Smith’s band to reach the top 10 of the British charts in 1983. The song was very popular with the public and was included in a compilation album called Japanese Whispers.

The story behind the song isn’t to portray the life that the artist shared with the cat but is meant to point out the parallelism between felines and fragile humans. A fragment of the lyrics is: ‘we move through the streets with others sleep, increasingly important, elegant, cunning and radiant.’

To finish off the list of songs dedicated to pets, we can’t leave out Steve Marriot’s singing dog. His onstage barking was immortalized in one of the band’s songs. The most interesting thing is you can is hearing the dog’s growls in the song.

Seamus was the name of a Collie and the song that was in the album, Meddle, in 1971. It’s a more interesting and original kind of blues, and it was criticized by fans that claimed it was “annoying”.