Raising a kitten alongside a laid back canine companion will not only help them overcome their fear of dogs, but can also make them more sociable. 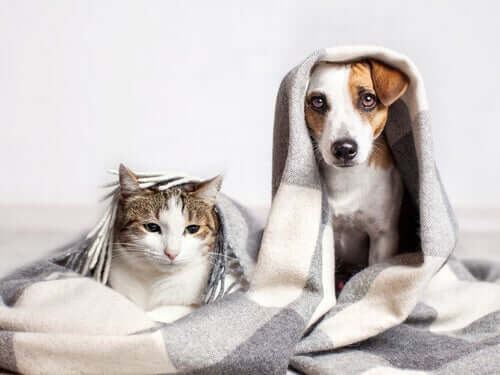 Believe it or not, there are some cat breeds that act like dogs, displaying some distinctly canine behavioral patterns. For example, they may be more sociable than other cats, and enjoy spending lots of time with their owners. This sociability is also seen in their body language, and can be reinforced through training.

There’s a deep-rooted belief that all cats are independent and aloof creatures. In fact, they’re often thought to be the polar opposite of dogs. However, not all domestic cats conform to these stereotypes. Many love playing games, will come when they’re called, and even enjoy playing in water.

One of the most common similarities between dogs and cat breeds that act like dogs is their range of facial expressions, including the way they move their ears. Tail movements and posture are also important indicators of their mood and well-being.

In addition, both species are characterized by their acute sense of hearing and smell, which are important for recognizing and communicating with other animals.

Although any cat can behave like a dog, whether for genetic or environmental reasons, some breeds are more prone to it than others.

While there are some breeds of cat that naturally act like dogs, there are also some ways you can encourage this sociable behavior in your pet.

However, it’s important to understand the limits of each species. When it comes to litter box training or how many tricks they can learn, you can’t expect cats to act exactly like dogs.

Finding out which breed of cat will be best suited to your lifestyle is essential for ensuring your cat’s well-being. It’s also important to be aware that our pets’ personalities are often a reflection of their environment on a day-to-day basis.

Studies Reveal that Cats Have Different Personalities
Recent studies indicate that cats have different personalities. Understanding the main personality types may help improve your relationship with your pet. Read more »
Link copied!
Interesting Articles
Cats
How Many Domestic Cat Breeds Are There?