With their striking appearances, these breeds also stand out for their agility and behaviours, as well as forming part of Eastern culture. 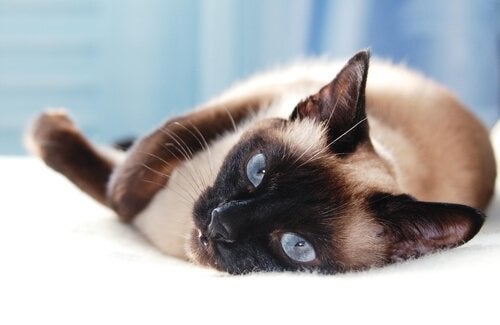 Domestic cats are some of the most popular pets in the world. However, in Asia, they are more meaningful. They’re associated with good luck, prosperity, and money. In this article, you can learn a little about some highly-admired Asian cat breeds.

Cats are surely some of the most extraordinary animals that exist. Every day they can amaze us with their antics and mischief. In some parts of the world, people worship them for their alleged “powers. Continue reading to find out more about the most popular Asian cat breeds:

With their striking appearances, these breeds also stand out for their agility and behavior, and for also being part of Eastern culture.

To begin with, this cats represents Thailand, from the ancient kingdom of Siam to be more precise. Known for their svelte body, light fur, and blue eyes, the Siamese cat (in the picture above) tends to be quite “talkative” and meows continuously, especially when in heat.

Siamese cats are also known for their huge personalities and for showing their discontent in certain situations. The typical curiosity of cats is even greater in this breed. They won’t leave a single corner un-inspected. They’re also quite active, like other Asian cat breeds, and very affectionate.

Now let’s take a look at present-day Iran, where a truly elegant, sophisticated, and majestic cat was created. People consider them to be aristocratic and, due to their beauty, they have spread rapidly all the way to Europe and America.

The Persian is a medium-sized cat with a round hair, flat face, and googly eyes. They also have a lot of long, silky fur and their tail is fluffy and rounded. They can come in all colors, although most are black, brown, or white.

Moving back to the far east, you can find one of the most interesting Asian cat breeds. Their main trait is their short tail that looks like a rabbit tail, which is due to a recessive gene. Native to Japan, the Bobtail is iconic in the country’s tradition, even the Maneki-Neko good luck charm (the cat of luck) is based on this breed. It’s also the breed of Hello Kitty!

The Japanese Bobtail is medium-sized, with a triangular face, pointed ears, and silky fur, which can be long or short. Their body is long like many eastern cats. They have a long nose and large eyes. They’re also very active, curious, and playful cats. However, they can’t stand to be alone.

This is another Middle-eastern cat breed with quite a remote past. It’s native to the Ankara region of Turkey and they come in varieties with different colored eyes are considered to be the purest and most traditional.

The Turkish Angora can come in many different colors: white, brown, black, cream, reddish, blueish, or tabby. This cat breed meows quite a lot, they are also very active, curious, agile, and intelligent. They love affection but don’t like to spend too much time in your arms.

This final breed comes from Sri Lanka, to the southeast of India, and they’re are not really known worldwide. However, in their country, people see them as a symbol of good luck.

This a small cat breed that weighs around eleven pounds and their most prominent physical traits are their large ears and stripes. As for their personality, they’re quite sociable, get along with people and other pets, and can adapt to life in the city.

No doubt, Asian cat breeds are very beautiful and are famous for their behavior and agility. So, what do you think about adopting one?