4 dogs that followed in Hachiko's footsteps

The following stories are about dogs that showed loyalty and sacrificed themselves for their owners, even after their deaths 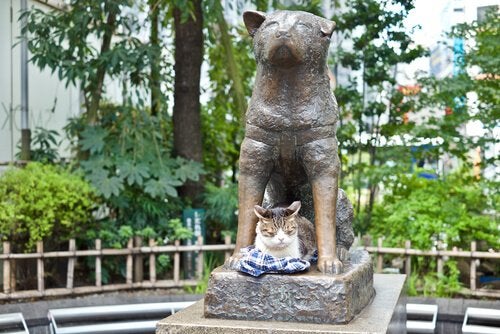 Hachiko will always be in our hearts because he was a true example of loyalty, love, and endless sacrifice. His story was so emotional that a movie was made about him. In this article, you can read about other dogs that followed in Hachiko’s footsteps.

Do you remember Hachiko

Hachiko was a happy dog that lived with his human family and was loved by everyone, but he showed a special relationship with his owner, the man of the house. Since he was a puppy, he felt his owner’s affection, pampering, hugs, and dedication through the time he spent playing and taking him for walks.

Every day he went to train station with him before his master left for work. For years, Hachiko made the same journey: he walked with him from his home to the station, and returned home all by himself.

Suddenly, one day, something happened that Hachiko had hoped never would: while he was waiting for his owner at the station, he never showed up because his mater died from a heart attack and died. Hachiko didn’t understand why his owner hadn’t walked out of the train station doors as he always did.

Therefore, Hachiko decided to go to the station every day to wait for him. He was there day and night and, although his family tried to take him home, he refused. For 10 years, he was in the same place, standing and waiting. Neighbors and other bystanders gave him food and water and even something to cover himself up with. It was an example of absolute fidelity.

His story had such an effect on the people at the station that, when Hachiko died, they placed a statue of him there, at Shibuya Station in Tokyo.

Some dogs that followed in Hachiko’s footsteps

Some have their own names, others’ are unknown, but they all have one thing in common: a sense of loyalty and love that is much greater than most people. These are some of the dogs that followed in Hachiko’s footsteps.

We are moved by these stories of dogs that followed in Hachiko’s footsteps. They are incredible examples of self-sacrificing love and loyalty that people should also strive to demonstrate.