A Monument is Built in Galicia to Honor Abandoned Dogs 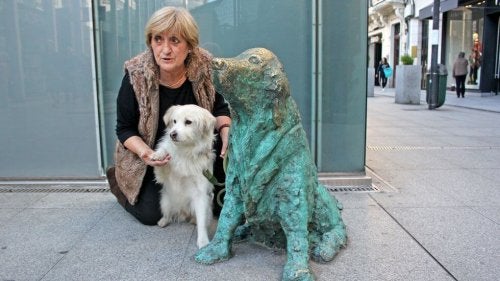 However, we appreciate the people who do more than just remember these creatures. One of these people is Carmen Grande, a woman who built a monument in Galicia to honor abandoned dogs. Today, anyone who visits the monument is made more than welcome.

Paying Homage to an Abandoned Dog

Even though this monument is perceived by most to be in honor of abandoned dogs, the truth is that it is a tribute to all abandoned animals. That is why anyone who visits will see a small cat between the dog’s huge paws.

“In homage to all abandoned animals.

To our pets, because of the love they give us and the values ​​they teach us.

The people who respect animal rights and do not turn animals into one of their daily whims, only to then mistreat and abandon them.

For people and associations who welcome and care for abandoned animals to prevent their suffering.

And the people who, when reading this message, do something to stop the cruelty and abandonment that many animals suffer right now.

ANIMALS SUFFER TOO. DO NOT ABANDON THEM.”

There is no doubt in our mind, that when one of the inhabitants of Galicia or one of the hundreds of tourists who visit every year, see the monument, they will remember. We must all look after, respect and protect animals 100 percent of the time.

There are dozens of shelters in Galicia who take care of these abandoned animals. As the monument reminds us, animals are welcomed and cared for. These shelters do not have any intentions of making a profit.

Learn About Other Monuments in Honor of Animals

Fortunately, the monument that Carmen erected is not the only monument built in honor of animals.

In fact, there are thousands of mouments all over the world. In this article, we are going to talk about a few that are well-known.

This monument is a beautiful Pit Bull who stands on a pedestal. It serves as a reminder to all of us and this beautiful country’s inhabitants, to please not abandon them.

Located in one of the most popular and well-known areas of the country, it will touch the heart of anyone who has abandoned an animal or who has thought of doing so. For animal lovers, it is certainly an honor to see a monument like this one.

This statue in Argentina is a dirty, stray dog; his breed is unidentifiable. It reminds all Argentines of abandoned animals and how they suffer. It also denotes how much animals rely on humans to help them.

This monument sports a welcome sign to invite all those who wish to adopt an abandoned animal, to do so. A small, black dog lies on a marble pedestal by the sign.

The sad look in the dog’s eyes and the dog’s visibly flattened ears, imitate and express the feelings of an abandoned animal.

If there is one animal that reveals the unhealthy conditions with which abandoned animals suffer, it is, without a doubt, this statue in Barcelona.

It looks like a starving, malnourished greyhound. One look at the statue’s eyes, will tell you they are perhaps the saddest eyes you will ever see. It is as if they are asking for mercy.

More or less the same idea is portrayed by the monument in Mexico. Here a dog that is about to die and shows the struggle he has to keep his legs upright and walk. It asks for clemency from a country where thousands of animals are abandoned every year.

These monuments may seem useless at first glance. But, it is likely that the conscience of more than one person who has abandoned, or thought about abandoning an animal, has been rattled.

We all hope this is the case, and that there will be fewer and fewer abandonments. 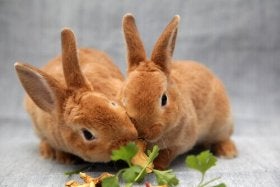 Rabbits
Foods that Are Dangerous for Rabbits

Some foods can be toxic to rabbits or impossible for them to digest. This is true even for certain foods that seem harmless because they make up part of a rabbit’s diet. Therefore, it’s important to really understand this issue.… 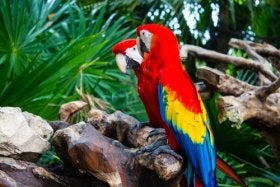 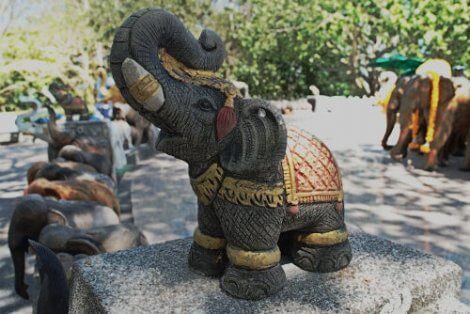