We all know that dogs are more than capable of vocalizing to let us know how they're feeling. But can dogs cry like humans? After all, they're incredibly empathetic animals... 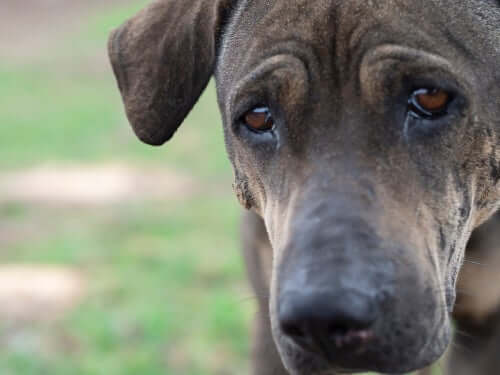 It’s normal for pet owners to wonder about what their pet is thinking and feeling. But can dogs cry like humans when they’re sad?

No one can deny that dogs have the capacity to experience a range of different emotions. Studies have shown that dogs can feel happiness, fear, anger and disgust. More recently, experts have demonstrated that dogs can even feel more complex emotions, such as shame, pride, and guilt.

Outside of the scientific world, anyone who has pets knows that dogs and cats have real emotions and feelings that are just as powerful as our own.

We should also mention that dogs possess all the necessary tissue to produce tears. Like all mammals, dogs need tears to bathe the surface of their eyes, which allows them to function properly.

In dogs, the tear ducts drain liquid toward the throat and nose, instead of letting it spill over as tears.

If tears do overflow, it’s not in response to intense emotion. Instead, dogs’ eyes water as a natural reaction to an irritant affecting the eyes. So, if your dog appears to be crying, it may be suffering from a condition that requires veterinary attention.

Unlike humans, dogs don’t cry out of emotion, but their eyes are able to produce tears when irritated.

What does it mean if a dog has watery eyes?

If your dog’s eyes look more watery than usual, it’s important to remember that it could be the result of a medical condition. The medical term for the excessive production of tears is epiphora. It can occur, for example, if a dog’s tear ducts become blocked, causing the tears to overflow.

An excessive amount of tears can also be the result of trauma to the eye, whether it be a loose eyelash, or a scratch on the cornea.

How do dogs express emotions?

Dogs have other ways of expressing their emotions, like wagging their tail when they’re happy, or flattening their ears to show they’re sad or scared. Some dogs even have the ability to pull a sad facial expression.

As many of you already know, puppies do “cry”, using a range of different vocal sounds. They often use whines as distress calls, especially when they’re little and need the care and protection of their mothers. This “crying” has also been observed in baby rats.

As puppies get older, they can still “cry” in the form of whimpering or whining. In fact, these vocalizations are apparently so useful and versatile, that they continue to use them even into adulthood.

In adult dogs, these whines are usually directed toward us humans. Unsurprisingly, many canine behavioral experts believe that dogs with separation anxiety imitate the same cries puppies use when they become separated from their mothers.

Can dogs cry like humans? The canine vocal repertoire

In dogs, growls, howls and whines may also have given them an evolutionary advantage. For example, it may have prevented them from becoming separated from their parents. Alternatively, puppies may also use vocal sounds during play. If one member of the litter is being too rough, another will “cry” and retreat abruptly, while its litter-mate will learn to use less aggressive tactics in the future.

While common sense should force us to recognize that animals are sentient beings, capable of thinking, feeling and suffering, up until now, scientists have always maintained that we can’t know exactly what animals are feeling.

This has led to the development of a rather dismissive attitude when it comes to animal rights, animal suffering, and all the ethical questions surrounding the subject. But it’s not just the animals used in scientific research that have suffered as a result. Science itself has suffered. By not taking animals’ emotions into account, it’s highly likely that the results of any tests involving animals have been distorted.

Fortunately, increasing awareness and social concern for the welfare of animals – at least in some parts of the world – has forced the scientific community to start to accept a different point of view. Outside the scientific world, recognition of animal sentience has been key to improving understanding of problems such as animal abuse and abandonment. 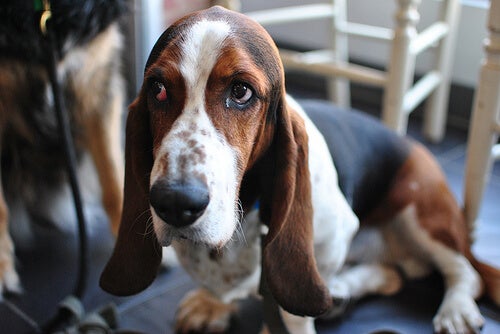 Do Dogs Cry or Just Tear Up?
Crying means shedding tears. But, in addition, the term is also associated with an emotional factor. However, tearing up is not always crying. When someone gets a speck of dust in his eye, it tears up. When a person feels pain or sadness, he cries. So, do dogs cry in order to show their emotions? Read more »
Interesting Articles