Be a hero for an abandoned animal 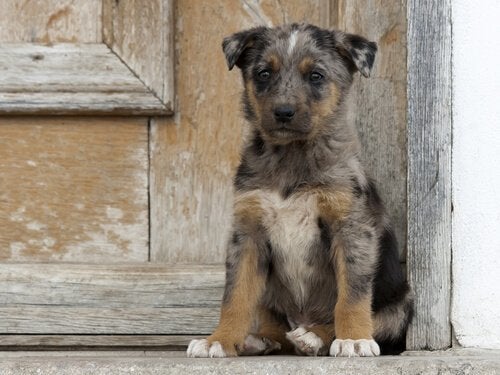 Rescuing and adopting a stray or abandoned dog makes you a hero. While the dog will be distrustful, very scared, and possibly quite aggressive, if you act calmly and lovingly, you could be save him from the cold, hunger, and harsh indifference.

How to behave with an abandoned animal

The number of dogs left to die on the streets is alarming. Why does it happen? Well, because for many people an animal is a hassle when they’re travelling or moving, so they leave them behind without looking back.

Many dogs will run after the car for miles. Others will go back to the house after weeks of walking and searching. Some will just stay put waiting for their owners to return. In all cases, it’s a very sad scene.

The good news is that there are heroes out there who rescue abandoned animals, feeding them and adopting them (or finding them a home). Here’s some advice to get an abandoned dog to trust you:

You know nothing about this animal apart from the fact that he’s on the street. He may have been mistreated or abused and probably doesn’t trust humans. If he feels threatened or in danger he may instinctively attack when someone tries to get close to him.

Approach the dog slowly, little by little, and very calmly. Don’t speak loudly or make sudden movements. You don’t want to scare him.

Following the previous advice, it’s important that you approach the dog slowly and gently. Don’t show any fear or force yourself on him. Smile and speak in a friendly tone of voice.

The dog should be the one to make direct contact first. Let him smell you. Don’t pet him or pick him up unexpectedly. This process could take several minutes or even hours. Be patient!

It’s likely that the dog is hungry. If you show him some food, he might get curious and try to approach you. You might need to leave the food at a distance and let him approach the food themselves. Don’t feed him from your hands. Leave it on the ground and let the dog decide.

Once you’ve been able to get your hands on the animal, continue being calm and friendly. Talk to him slowly and reassure him that you mean no harm. He may not understand what you’re saying, but he’ll understand your tone of voice. Take him to a vet so he can be checked out and have any wounds or injuries attended to.

To show him love, you could wrap him in a blanket, leave him to sleep on a comfortable cushion, or let him in front of the fire so that he can stay warm throughout the night. You could feed him plenty of good food (as much as the vet allows) and try to play with him. At first he’ll be afraid and not trust you, but as time goes by he will begin to realize that you love him and mean him no harm.

Why should you be a hero to an abandoned animal?

The best way that an animal has to show you his appreciation for you is their eternal love and loyalty. They may not be able to speak to you, but they won’t hesitate for a second to defend you or give their life for you if needed.

Abandoned pets were probably betrayed by people they once loved and considered family. It will take time for them to understand that there are good human beings like you in the world.

Once they realize this, you will have their complete devotion. They won’t leave you and they won’t stop showing you how much they love you. You may not wear a cape or have magic powers, but you’ll always be their hero!