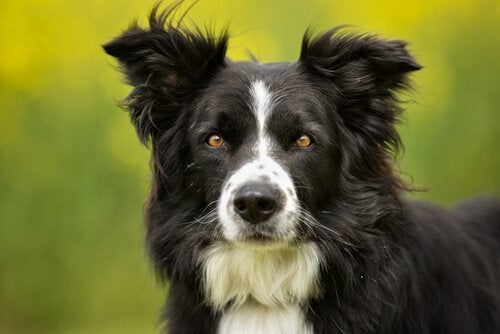 Border collies are one of the most intelligent herding breeds. They love to learn and are incredibly obedient. In this article you can learn about the border collie, which is an energetic, playful and faithful companion who just might become your best friend.

Origin of the Border Collie

Although, the exact origin of the breed is unknown, it’s known to be from the British islands.  Archaeologists have found remains dating back from the 5th century BC, during the era of the Celtic tribes.

The name “Collie” is probably originate from the Gaelic word “useful”, because they were used as herding dogs during that time. They continue to play that role today, and their intelligence and agility makes them perfect for it.

Although the Celts settled in Ireland, the Border Collie developed on the border between Scotland and England (that’s why this breed has the word “border” in its name). So, Border Collie means “useful border dog”.

During ancient times, they helped shepherds herd animals on rough terrain. Then they moved to the highlands, where another breed emerged, known as the “Highlands Collie“. The United Kingdom’s Queen Victoria made this breed become popular because she had several collies.

A Border Collie’s ears can be droopy, partially droopy, or upright. In most cases, their eyes are brown, but some have blue eyes, or even one blue eye and the other brown.

Their fur can differ: some have long hair and others have short hair. They have a dense outer layer of hair to protect them from the cold and a soft inner layer to keep them warm. Their fur color can vary from black and white, white and brown, white, black and brown, etc.

They can develop the following diseases or medical conditions: hip dysplasia, epilepsy, collie eye anomaly and neuronal ceroid lipofuscinosis. If they are well taken care of, they can live up to 17 years. Make sure your dog gets daily exercise, has a proper diet and is checked annually by a veterinarian.

Border collies are loyal to whoever they consider as head of the pack. They form an unconditional bond with their leader and won’t leave his/her side, especially when working. Also, they are good at concentrating (something unusual for dogs) and they love having responsibilities.

Border collies have strong herding instincts, they are determined and tough. According to some studies, they are the most intelligent dogs, because 95% of the time they can understand an order the first time they are told. They often win agility competitions, in which their guides lead them around an obstacle course to test their intelligence, concentration, obedience, agility and sociability.

In regard to their temper, border collies are very attentive, responsive, and vigilant. Likewise, they are docile, affectionate and sociable with both people and animals. They love being part of a group and being given activities or tasks.

These dogs require a lot of daily physical activity, so if you live in a small house, you must take them out for at least half an hour daily to prevent them from becoming compulsive. They are happiest in homes with yards, where they can easily release their energy.

If the owner is active and loves to play sports with his pet, he/she will get along great with this breed. Border Collies need time and dedication, and are very easy to train.