How To Calm Down A Dog That's Having A Tantrum

Some dogs are just more likely to be aggressive than others 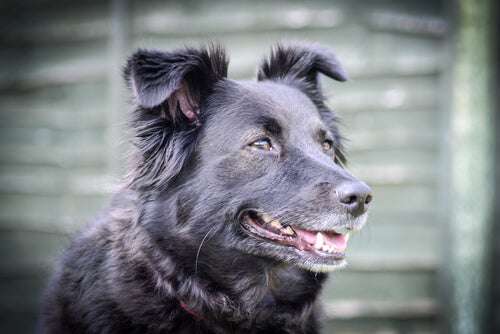 The temperament of dogs varies according to their personality. So, how can we calm down a dog that’s displaying angry or aggressive behavior? There are a number of techniques you can try.

Sure, genetics have a role to play. However, the owner’s behavior also effects the dog’s temperament. Dogs with aggressive tendencies need owners who behave with authority and demand respect. That means: a dominant owner who seems capable of handling any situation.

Dogs with more aggression can change their behavior. Of course, this depends on their treatment. If people mistreat the animal, its aggressiveness will increase. If, on the other hand, it is treated with affection and respect, it will likely begin to show a softer side of itself.

Tips to calm down an angry dog

1. Keep calm. The first thing to remember when you’re trying to calm down an angry dog is to always remain calm yourself. If you animal perceives any distress, fear or anger in you, its behavior will be heightened.

When trying to calm down an angry dog, make sure you speak calmly and softly. Pay attention to your body language, too – be sure that your posture and affect are sending out the strong message that you are firmly in control of the situation.

2. Whatever you do, don’t act in a way that could be perceived as a challenge or threat. When dogs become angry, they can end up jumping, or running to and fro in an erratic way.

Making any attempt to grab or chase a dog that’s doing this can make the situation worse. The best thing to do is to stay still yourself – and if you do need to move, make sure your movements are slow, smooth and calm.

Another thing to bear in mind is that it’s not a good idea to stand directly in front of it, or stare at it. Both postures will appear threatening to the dog. If it’s a dog you have just encountered, the best course of action is to back away slowly. Try to quell your urge to run away, as this can scare the dog and lead it to attack you.

Instead, give clear and firm orders. Start by calling the dog by its name to draw its attention. For example, say: “Bobby, be quiet.” Then repeat the same order, using exactly the same words, until the dog complies.

4. Do not scold. Once the situation has passed, the animal should not be reprimanded; on the contrary, we must try to understand what caused the situation. When talking about training dogs in general, bear in mind that positive reinforcement is always the preferable option.

If the aggressiveness is the product of the presence of another dog, it can be down to a power struggle between the two of them, with both dogs trying to figure out who is dominant in that particular space.

This is such natural behavior that reprimanding the dog for it makes no sense, as he or she won’t know how to interact with other animals in similar situations in the future.

How to calm down aggression in a dog

A disposition towards aggressiveness can have a lot to do with its breed, since there are some types of dog that are by nature more impulsive, such as Rottweilers, Dobermans and German Shepherds. However, that doesn’t mean that all dogs of these breeds will be aggressive, or even that a dog’s behavior can’t change over the course of its lifetime. Have a think about the following ways to soften a dog’s character:

1. Stick to a routine. Routine and habit are very important for all dogs.

In the case of aggressive dogs particularly, sticking to a routine helps to impose limits, and thus helps the animal to develop self-control.

2. Let the dog know who’s in charge. Dogs with behavioral problems need to know who the master is.
An animal like this is likely to need clear and consistent guidelines and signals – make sure you pay attention to your body language, for instance.

Establishing a relationship based on trust is the best way to soften the character of aggressive dogs, because generating a sense of empathy between dog and owner will make the animal feel more confident, and less insecure.

3. Daily exercise. Dogs with a strong character usually also have a lot of energy, so they need to exercise regularly.

So, we can opt for either long walks or short sprints in the park – the most important thing is to make sure your dog gets a sufficient amount of exercise on a daily basis.

4. Diet control. Going hungry and being overfed can both generate or accentuate aggression in dogs, so be sure to pay attention to the amount and type of food they are eating.

Keeping track of the dog’s behavior and cues will help you to evaluate patterns in its behavior.