Eurasier: A Crossbreed with the Chow Chow 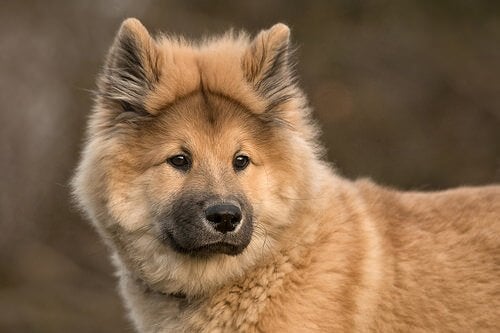 There are beautiful dogs that you probably do not even know about or have never considered that they are purebred. This is typical with the Eurasier breed, a dog with a heavenly appearance that is worth knowing more about.

What you should know about the Eurasier

The Eurasier breed originates from Germany, as the outcome from the crossbreeding carried out by Julius Wipfel. He wanted a dog with the best qualities and the characteristics of his two favorite breeds: the Chow Chow and the Wolfspitz. In the early 1960s, he crossed these two breeds, which resulted in a dog with some amazing traits.

A decade later, the Eurasier was recognized as a breed by the European canine association, even though Julius began crossbreeding without consideration for the genetic traits of the primitive Samoyed. The Chow Chow has a lot of the same traits as the Samoyed.

Traits of the Eurasier

Their head is very similar to a wolf’s head. If fact, many people think they are wolves when they see them! The Eurasier’s head is a wedge-shape, with pointy, triangular ears and a black nose; they have dark almond-shaped eyes that do not sink in or bulge out.

This dog’s teeth are strong and are usually well hidden. They will not show their teeth unless they want to. Curiously, their tongue is a blue/black color, which is a characteristic of Chow Chows and thus confirms that this breed is crossed with them. However, not all Eurasiers have tongues of that color. They could also be pink or have pink-colored spots.

As for their legs, they are straight, stocky, and strong. Both the front and back legs are of the same size. Their skeleton is strong and thick, which gives them an impressive appearance. Furthermore, their tail is straight with thick hair and it bends over their back whenever they are active.

Regarding the Eurasier’s hair, it is long, loose, and somewhat rough to the touch. But their internal coat is very thick and dense. All coat colors are usual, except for pure white, liver-colored or white spots.

The Eurasier is a very affectionate animal and is loyal to their owners and family members. This combined with their gentle characters, make them a perfect pet for children. Calm and attentive, they are always available to lend a hand or to defend their loved ones if necessary.

However, their character changes with strangers: they are not aggressive, but rather shy and scared. So they will avoid seeing strangers and try to hide when there are guests at home. It is necessary to socialize this breed when they are young, in order to mitigate this behavior.

Although, this behavior can be positive, because they do make excellent guard dogs. They hardly bark and they are not aggressive, but they will warn you if there are strangers around the house.

The Eurasier is not a nervous breed, and as such, they do not need to complete exercises. However, you will have to encourage them to go out to exercise at least once a day. Their training should be constant and continuous to prevent bad behavior.

Their hair does require daily care, (or at least three times a week) since they have a complicated coat. This will be especially necessary during shedding periods, when the dead hair will have to be removed so that it does not accumulate and cause infection.

As you can see, the Eurasier is not a very difficult dog to take care of and makes for an excellent pet. If you are thinking about adopting a new pet, do not hesitate, this dog could be what you are looking for.