Japanese Dog Breeds – The Most Common

Many Japanese dog breeds possess similar characteristics, which is why people often can't tell them apart. 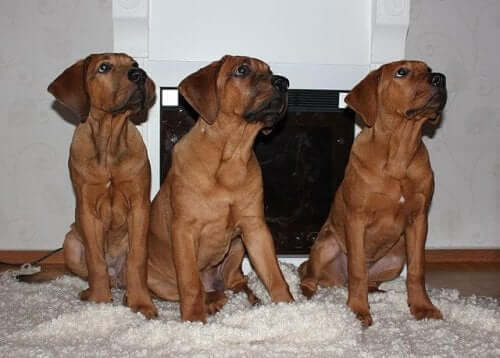 There are many canines who are originally from the Asian continent and we could spend all day talking about them. Instead, we’re going to focus on the most common Japanese dog breeds. (Note how many of their names have “Inu,” as a second word –  it merely means “dog” in that language.)

The most common Japanese dog breeds

So, here’s a list of dog breeds from Japan. Use it as a reference if you’re interested in adopting a friend from the land of the rising sun.

This is the most popular dog in Japan and it’s originally from the Akita Prefecture. It was bred to hunt and for defense and attack by the local warriors. Some countries think they’re potentially dangerous. This is an ancient breed and some believe that the first specimens date back 3000 years. They also think the dogs were later mixed with the English Mastiff and Tosa Inu so as to make them larger and more aggressive.

The Akita is a Japanese natural treasure, especially after the loyalty displayed by Hachikō. This dog has a strong constitution and its fur is thick and either white, brindle, red, or sesame. Their eyes are small and their ears forward and they’re web-footed, which makes them excellent swimmers. This is a reserved, silent, protective, cautious and very loyal breed.

This is one of the smallest of the dogs in Japan and also quite agile. They were originally bred for hunting in mountainous terrain. It’s similar in appearance to the Akita, but much more ancient. The kanji  symbol that people in Japan use for his name, Shiba, loosely translates to “little bush.”

This dog is closely related to wolves in terms of its DNA. They’re excellent as pets, however. Quite affectionate, protective, intelligent, and family-oriented.

This dog is also called Japanese Chin and it’s the kind who likes to follow you around everywhere you go. Even though their name seems to indicate that they’re from China, they’re actually one of the most characteristic dogs from Japan. One theory states that the first one arrived in the country as a present from the ruler of Korea in 732 BC as a present for the Japanese Empress.

Both the Pekingese and Shih Tzu dogs are, in fact, this dog’s ancestors. The Japanese Chin weigh no more than 7 pounds and are highly intelligent and independent. They prefer to lie on raised surfaces such as chairs, tables, and sofas.

This is a large and imposing breed of dog of the Molosser kind. They emerged in the mid-nineteenth century and are the result of the crossing of several breeds. For instance, German Shorthaired Pointer, St. Bernard, Mastiff, and Great Dane, for fighting and protection.

Some countries consider them to be a dangerous breed, thus a person wanting to adopt them must obtain a special license to adopt and breed them. Their coat is short and either light brown, red or brindle. These dogs can weigh up to 220 pounds.

Also known as Nippon Terrier, it’s quite difficult to find this kind of dog even in their home country. Some people believe they emerged after the arrival of Terriers through the Dutch merchants who landed in Nagasaki. They quickly became a favorite among pets and were quite popular there and in other ports such as Yokohama.

These dogs are tall, with a white coat and have a black head with almond eyes. Additionally, they’re cheerful, protective and some folks think they have the ability to react to the facial expressions of their owners.

This is one of the most “elegant” dogs in Japan. It’s similar to the Pomeranian, the Samoyed, and the American Eskimo in appearance. However, the Spitz has a rounded and broad head, erect triangular ears, all-white coat and long hair (except for their face and legs).

Their tails coil in a similar way to feathers. Generally, this is a very active animal, attentive to their owner, and, because of that, it makes a good pet. It also adapts well to the family environment. You should brush them often if you want them to look like cotton balls.

This Japanese dog breed has several names: Seta, Ainu-Ken, and Ainu. However, people usually shorten their names to Do-ken. They emerged in the Hokkaido Prefecture, hence their name.

The dogs are generally medium-sized with triangular, small ears. Their fur is long and stiff, and it has two layers of different colors. This breed is highly loyal, courageous, and can withstand extremely cold temperatures. In addition, they have a great sense of direction, can confidently confront a bear and get along great with children.

The other common dog breeds in Japan are Shikoku, Kishu, Kai Ken and the Sakhalin husky. 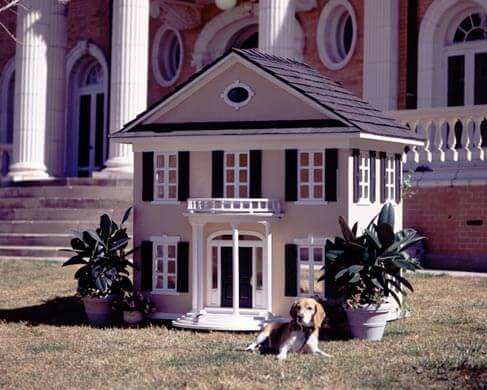