Loki, One of the Most Famous Dogs on the Internet Passed Away. 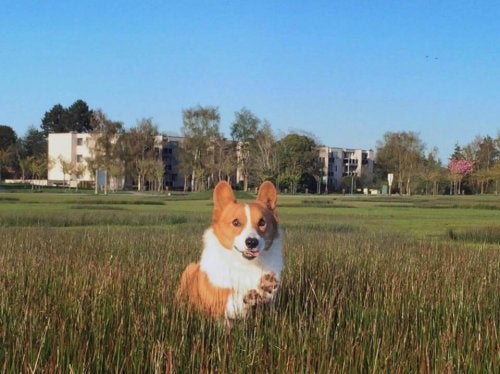 We’re are at time where the cyber-world is dominating the real world. It’s not strange to see animals having many followers on the internet. In fact, some are really famous, much to their owners’ delight. For this reason, it’s quite sad to tell you about the death of Loki, one of the most followed dogs on social media.

Loki was a lively example of the Pembroke Welsh Corgi dog breed and he had over a million followers on different social media. The antics that his owners posted through photos and videos captivated — and still captivate — people worldwide.

Loki, at the age of 5, had died after a yearlong battle against a chronic renal condition. Despite the efforts of veterinarians, the little guy passed away in a specialist hospital in Renton, Washington, where he had been urgently transferred to from Canada.

Additional information on the death of the famous Corgi

The friendly Corgi was born in a little American town in Oklahoma. He grew up on the Pacific coast in Vancouver, Canada. During Loki’s hospitalization, thousands of people donated money to help pay for his treatment.

Once again, social media did the trick in order to seek help for Loki. However, despite all the effort, the little dog couldn’t recover. His memory will remain eternally on cyberspace.

This little dog lived up to his name online. Loki is the name of the Nordic god of mischief.

How was Loki introduced to his followers online?

“I’m just a normal dog who enjoys himself”, his owners wrote online. Afterwards they listed his favorite activities:

On another occasion, you can read an article about the commercial use of pets by their human owners. For now, the main topic is the sad death of Loki.

The Pembroke Welsh Corgi is a small breed from the United Kingdom. For centuries they were used to guide livestock by barking and nipping at their heels.

Below are the main traits of this breed:

Furthermore, Corgi’s are also the British royal family´s favorite breed. Additionally, this breed can become famous on the internet. May Loki rest in peace, and continue living on his social media.