Look At These Retriever Dog Breeds

Retriever dog breeds are hunting dogs that have a very balanced nature. Their job is to retrieve fallen prey with their mouths without damaging them because they have a "soft" bite. 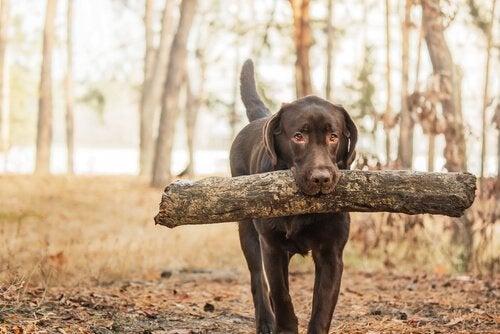 Perhaps when you hear the term “gun dog,” you have no idea what we are talking about. Most likely you, you’ll get a better idea when you hear the word “retriever.” In this article, you can read about retriever dog breeds, which are currently the most popular pets.

Retrievers dog breed were created to retrieve prey for hunters without causing any damage to them. They have softer mouths that allow them to pick up fallen birds and animals without biting them.

This isn’t the only skill that these breeds have. They are also known for being able to control themselves, mark prey, and bring them to their  up prey in the owner’s hand.

Even there are plenty of hunting dog breeds, people often choose retriever dog breeds as pets because they are naturally sweet, obedient, and affectionate. Some say they are the “nicest dogs in the world”. They love kids and they can assist sick people or aid them during their rehabilitation because they are very patient and kind.

Retriever dogs belong to group VIII of the World Canine Federation (FCI) and they consist of the following breeds:

Originally from Newfoundland, Canada, the Labrador Retriever — in the picture above — is one of today’s most popular dog breeds. These dogs are known for having a personality that’s kind, energetic, intelligent, sweet, and friendly, which makes them excellent companions.

Labs are very curious dogs that like to explore, follow new trails, and won’t hesitate to escape when bored. their fur color can be completely black, yellow, or chocolate.

This retriever dog breed is native to Scotland, and they first appeared in 1850. This breed is very skillful at tracking sents. Also, their friendly nature along with their golden fur has made them one of the most popular dogs in the world.

The Golden Retriever makes an excellent pet. However, due to their kind and trustful nature, they are not the best guard dog. They are very docile, affectionate, and very intelligent (they rank number four as one of the most intelligent dog breeds in the world). These dogs are gluttons, so they are prone to obesity if their owners don’t control their eating habits.

Originally from England, this dog is rare outside of Great Britain. Just like this breed’s name suggests, they have curly hair that’s either brown or black. These dogs are muscular, active, and have a long tail and long legs.

The Curly-coated Retriever is still used to hunt birds, both on land and water. However, these dogs are mostly used as pets on farms. This dog breed is cheerful, fun-loving, and very intelligent. However, they can be somewhat difficult to train.

The Flat-coated Retriever is another retriever breed that originated from the UK and they were used to work in the water or land. They are a medium-sized dog that weighs an average of 30 kilos. They have dense, smooth fur that can be yellow, black, or brown.

The Flat-coated Retriever is very active and they are the perfect companion for children.  These dogs are confident, docile, loving, and obedient, as long as they are properly socialized during puppy-hood. They are quick learners, they love to play, and have a youthful attitude until they reach an old age.

This medium-sized dog breed —  the Nova Scotia Duck Tolling Retriever — is usually confused with the Golden Retriever, even though it’s shorter. Some believe that this breed appeared during the nineteenth century after a spaniel crossbred with a setter, and then improved with a Collie and a Retriever.

The “Toller” as it is commonly referred to, is athletic, muscular, and has a double-layered waterproof coat. These dogs have an intelligent, affectionate, patient — especially with children — and playful personality.

This last breed on our list of retriever dog breeds was bred in the United States and it was created to fetch ducks and other waterfowl. They are a medium to large size breed that has with curly brown in different shades. The Chesapeake Retriever has a similar appearance to the Labrador.