Home » Breeds » Dogs » Man and Dog: a Friendship Since the Stone Age?

Man and Dog: a Friendship Since the Stone Age?

A new study has found details on the friendship between man and dog as far back as the Stone Age. Read about the fascinating history of our canine friends! 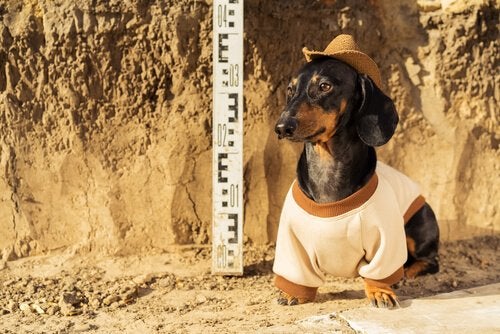 Has it ever occurred to you that the inclination dogs have towards human beings is something quite unique? Did you know that this relationship actually dates back to ancient times? The friendship between man and dog that has existed since the Stone Age could be based on survival, oxytocin, and ancient rituals. More evidence on this has come to light.

An archaeological study carried out recently in Barcelona indicates that the relationship between humans and dogs dates back at least 4,000 years. The researchers have discovered remains from the Neolithic Age (late or new Stone Age).

The group of investigators detected human tombs with the remains of dogs buried beside the deceased. This shows that a close bond of friendship existed between the men of the Stone Age and their pets.

The findings were made in Catalonia by students from the University of Barcelona and the Autonomous University of the same city. The magazine Journal of Archaeological Science Reports has published the results of this study.

A friendship between man and dog since the Stone Age

The conclusion that the team came to was that dogs had been buried by their owner’s side. It seems that this was a symbolic act where the dog was sacrificed to be able to go with its master into the next life. It would appear to have formed part of religious rituals. It’s noteworthy, of course, that animals had such a prominent role in the funeral rites.

The investigators found at least 26 grave sites with canine remains together with human remains. This number is quite small if you compare it to the total number of excavations, but it’s still meaningful.

The research has also helped us to obtain some details on these dogs’ diets. In fact, they demonstrate that the food of the humans and that of their dogs was actually very similar. This diet basically consisted of grains and vegetables. These facts allow us to conclude that since the Stone Age there has been a close coexistence between man and dog.

Humanity has always viewed rituals after death as something sacred and delicate. In different traditions and cultures, the big “unknown” of what happens after death has always held a prime place. That’s why it’s particularly interesting that dogs have been sacrificed and buried alongside their masters.

All of the above findings coincide with the “Pit Grave culture”, that existed around 4200-3600 years before Christ. That is the theory that the lead researcher, Silvia Albizuri, upholds. The body of investigators think that burying dogs with their owners could have been a general practice among the Iberian population of the time period.

From these discoveries and from existing documentation, the researchers believe that this practice took place for quite a few centuries. This custom seems to have lost popularity at the start of the Iron Age, around 1200 years before Christ.

The friendship between man and dog: long-standing and natural

Dogs come directly from packs of wolves, and have had to change their behavior to be able to survive. We don’t know who took the first step, humans or the dogs themselves. However, the exchange of food, and domestication, must have caused genetic changes in these animals.

Now for an interesting fact. Did you know that the relationship between this species and humans actually has a biochemical explanation? The same as with humans, dogs have a certain hormone called oxytocin. This is also known as the ‘love hormone’.

This substance is related to pleasant sensations in the brain. When a dog lives with an owner, this hormone activates sensations similar to those experienced by a couple who are in love. This is, therefore, one reason for the close and unique relationship between us and canines.

The biochemical explanations of character show up the difference between the behavior of dogs with humans, compared to other animals. No other animal has become so close to humans.

Academic interest increases on this friendship existing since the Stone Age

There are many theories and ideas on the evolution of dogs. Even now, academics all over the world are looking for explanations on their migrations, domestication and the origin of the successful inter-species relationship. The scientific and public interest in this topic seems to have grown over the last decade.

There are those who hold the opinion that the domesticating of dogs couldn’t have occurred before the Stone Age, while others think it could have. What’s certain is that these friendly and intelligent animals have left their mark on history. And, of course, we can all enjoy the company of our four-footed friends. This friendship since the Stone Age between man and dog goes further than scientific fact. It’s a tangible reality. 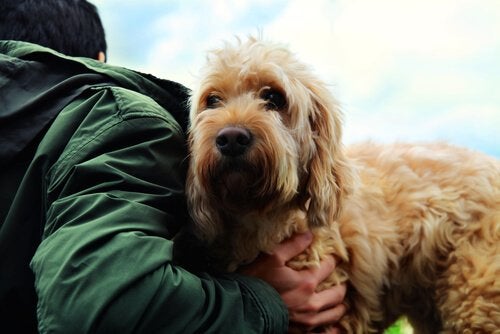 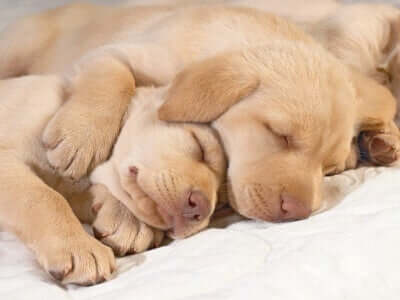 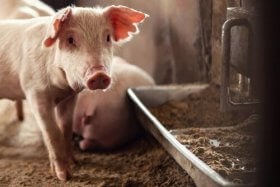