Medication To Help Your Dog's Fear Of Fireworks

Fireworks are no fun for our furry friends. Learn how you can help to soothe them during noisy times 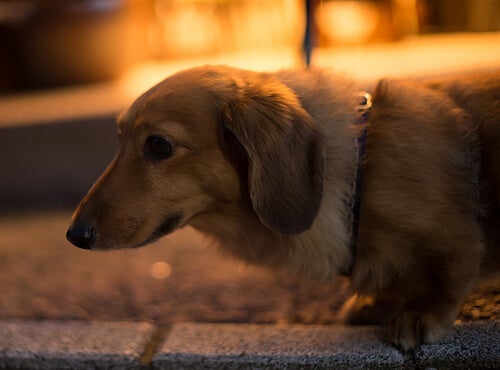 When Christmas and New Year’s festivities approach, we humans are able to enjoy firework shows. Fireworks explode all over the world in celebration.

But for certain members of the family, it’s not such a fun time. This is the case for house pets. This is especially true for dogs. After all, a large percentage experience discomfort and even anguish when they hear fireworks.

Many dogs suffer from tachycardia,or  high levels of anxiety. Basically, they are unable to stand still. When this happens, they often salivate more than usual. And, they bark or whine to express their feelings of distress. Some even scratch frantically at the floor and try to escape. However, they do not know exactly what they are trying to escape from.

The noise of fireworks generates this intense response in dogs. Usually, it’s not a noise that occurs just once. Instead, it repeats over and over again. To contrast this noise, many dogs find music very soothing.

A trick to help dogs during noisy festivities

Fear of fireworks decreases a dog’s quality of life. It has consequences that affect its physical and mental health. To combat this problem, a group of researchers from the University of Pennsylvania in the United States has produced a medication. This medicine counteracts the stress produced by fireworks.

Specifically, the medication is a gel that comes from dexmedetomidine. It is an oral medication. And, it has a sedative and analgesic effect. The owner administers it as long as they have advice from an experienced veterinarian.

Tests have shown the drug to be very effective in countering the fear-inducing effects of fireworks. A study was conducted in December 2012 with a sample of 182 dogs who displayed signs of fear when confronted with firework noises.

The results showed was that 72% of the dogs who had been given the drug responded favorably. Fearful behaviors – including trembling, panting, anxiety, howling, involuntary urination, etc – were significantly reduced.

One of the main concerns of owners when administering a new medication like this is the potential side effects.

Fortunately, the dexmedetomidine gel did not produce a strong sedative effect in the dogs who were given it. This is key, since no animal lover wants his or her pet to be left disoriented or unable to coordinate its movements.

Tips for fear of fireworks

For now, dexmedetomidine gel is only available in the United Kingdom. But until it is rolled out in the rest of the world, there are a number of other tricks and tips owners can take into account, which can help pets and owners alike to control the situation during periods when there are frequent fireworks displays.

Therapeutic walks. Walks help to control stress and keep the dog more calm. It’s a good idea to take the dog out only when it is wearing a collar with identification tags – this means that if the dog takes off running at the sound of a firework, it will be easier to find.

Keep calm. Sometimes owners, without meaning to, change their behavior towards a scared dog, giving it more special treatment that normal, or try to console the dog as if the world were about to end.

Stay close. Don’t leave your dog alone during a loud fireworks display, and if possible try to keep it in the part of the house that’s furthest from the source of the noise.

Reduce the noise. Although external circumstances cannot, of course, be controlled, bear in mind that closing all the doors and windows can make a substantial difference to the noise levels.

Music. Relaxing music can help to decrease the stress levels of some dogs. To find out whether your dog is one of these, try it out before a fireworks display (not during). A quick search on the Internet will give you any number of links with music that is especially appropriate for soothing stressed dogs.

Toys. Another effective anti-stress tool is chew toys. Just as many people find it relaxing to squeeze objects designed for this purpose, dogs relieve their stress by biting and chewing.

Go to the veterinarian. Sometimes dogs have a fear of fireworks so uncontrollable that they can end up harming themselves. A specialist will be able to prescribe drugs or special measures so that the dog is safe and protected.