Which are the Smartest Dog Breeds?

We love all dogs the same. Yet, not all breeds have the same abilities. Let's take a look! 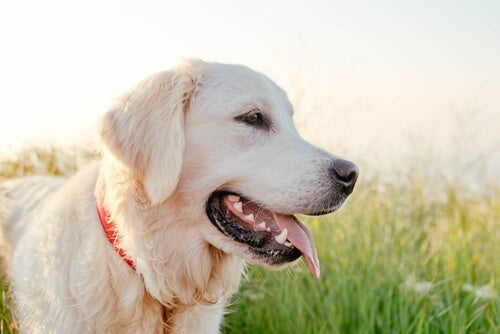 The dog is an intelligent animal. That, nobody can deny. But within different dog breeds, there are some that are smarter than others. Today we will highlight the smartest dog breeds. Because, if you do not have a pet yet, it might be worth adopting one from these breeds. Or, you might spot your friend’s dog on the list.

It’s funny that of the smart dog breeds that we bring you today, almost all are big. Whether or not they have any similarity is not something that is scientifically proven, but who knows?

The most intelligent dog breeds

A dog of medium to large size, weighing between 15 and 25 kilos. They are trained to herd cattle, hence the name. And it’s because of their intelligence that they have been doing that job all their lives.

In order to do their job perfectly, they are trained as a dog that bites. This consists of making the animal bite the cattle firmly but without hurting it when a herd member attempts to escape.

The bad reputation that these dogs have gained has not been their fault, but rather the fault of bad training that many owners have given them. Their weight can reach 55 kilos.

It is a German dog and is characterized by having a sublime intelligence so that they can be trained as you want. They have been used as pack dogs, defenders and as police dogs.

One of the little ones on the list, which is characterized by its tenderness, as well as its intelligence.

Their sense of hearing is greatly developed and this helps them to more easily grasp the training they receive.

There is no doubt that this is one of the smartest dogs in existence. The training that many receive to be guide dogs, police dogs or rescue dogs, among other tasks, is proof of this.

They are obedient, loving and patient. Maybe a mix of unique qualities that makes them so special.

An animal that due to its intelligence has been trained to be a police dog, watch dog or guardian. They are docile, despite their fierce appearance, and therefore training them is simple and quick.

Although many people believe that they are aggressive, this is due to bad training that many have been given. In fact, they are so docile and obedient that they have even been used to help patients through therapy.

Very similar to the labrador, this dog is very intelligent, and that is why it is trained as a rescue dog, drug detector and guide dog. In addition, it is also capable of retrieving animals injured by hunting, since they have enough sensitivity to carry them without hurting them.

The king of smart dogs could not be missing from our list. The German shepherd is one of the most intelligent in the world and has demonstrated this through its ability to learn to do any job assigned to it:

Police dog, anti-drug, therapy for children, and a host of other things.

This the other little dog on the list. In fact, in lists similar to these, they are in second position, followed by the Border Collie.

Their intelligence is reinforced by their high level of concentration, which facilitates their learning of and improvement at the tasks assigned to them.

These are the smartest dog breeds. If you are thinking about adopting, do not think about it and choose one of them. And if you found your pet on the list, congratulations! Not everyone enjoys the pleasure and privilege of having a smart dog.