The 5 Most Obedient Dog Breeds 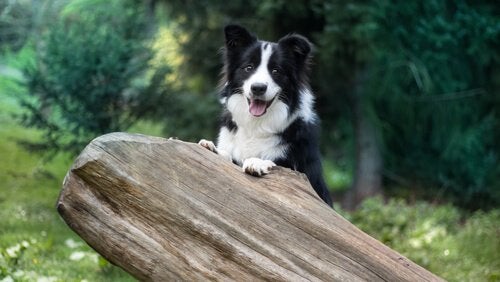 Even though this trait is related to intelligence, if you want your dog to obey, you must teach him to be obedient at a young age.

A dog’s obedience depends on how he was trained as a puppy. However, it’s true that some dog breeds are more obedient than others. In this article you can find out which ones they are.

Which dogs are the most obedient?

Obedience is usually related to intelligence, since all of these breeds are on the top of the list for both traits. However, in order for your pet to do what you instruct him, you have to train him from an early age and use a reward and punishment system.

If you don’t have a lot of time or patience to train your canine, you are best off picking out one from the most obedient dogs list below.

It’s not only considered the most intelligent dog, but also the most obedient. According to some research and evidence, this breed has the ability to understand new orders after the fifth time. Also, it obeys 95% of commands the first time.

The Border Collie–as seen in the photo at the top of this article– is one of the breeds that wins most agility competitions. This sport consists of guiding dogs to go through difficult obstacle courses, which is a demonstration of intelligence, obedience, concentration, agility, and sociability.

This breed, also called the Caniche, belongs to the retriever group that was associated with the aristocracy and nobility since its origins. It’s a very cheerful, active, and playful animal. Also, since it’s not easily distracted, it’s easier to train in obedience and agility.

The poodle is energetic, methodical, and never gives up. Therefore, it has been used in hunting, but also as a guard and rescue dog. When it’s not socialized or trained correctly, it can become a fairly destructive animal.

When it comes to German Shepherds, you probably imagine a police dog, because police forces use this breed due to their intelligence, obedience, and ability to stay alert. They also work as rescue dogs, guard dogs, and guide dogs for the blind.

Undoubtedly, they’re one of the most obedient dog breeds, especially when they’re trained as puppies. There’s even an exclusive sport exclusively for German Shepherds, which is involves preserving their traits and abilities.

This breed is currently the most popular in the world. Families with small children mainly choose these tender and kind dogs. This breed is very cheerful, affectionate, confident, calm, which makes it the perfect pet!

The Golden Retriever is very intelligent, and needs to be trained from a young age to release its energy. People also use it as a guide dog, a service or facility dog, and a search and rescue dog. Also, this dog will stay seated and silent for long periods of time if his owner tells him to.

This is another dog that’s associated with police, and it comes from the same country as the German Shepherd. On the other hand, the Doberman is considered more aggressive and dangerous, especially due to its appearance of having pointed ears and a long snout.

The Doberman Pinscher is very obedient, sociable, and loyal. This dog follows instructions its owner gives him without any problems. Of course, this only takes place by training at a young age. One of this breed’s problems is its sensibility: it might attack anyone it considers a threat to its family.

If we had to rank the 10 most obedient dogs, the next ones on the list would be the Shetland Shepherd, the Labrador Retriever, the Papilon, the Rottweiler, and the Australian Shepherd. 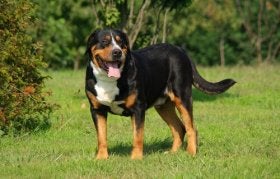