The origins of this breed date back to almost 2,000 years. It's a shepherd breed that protects livestock from predators. Plus, it's protective towards its family and is gentle and loyal to them. 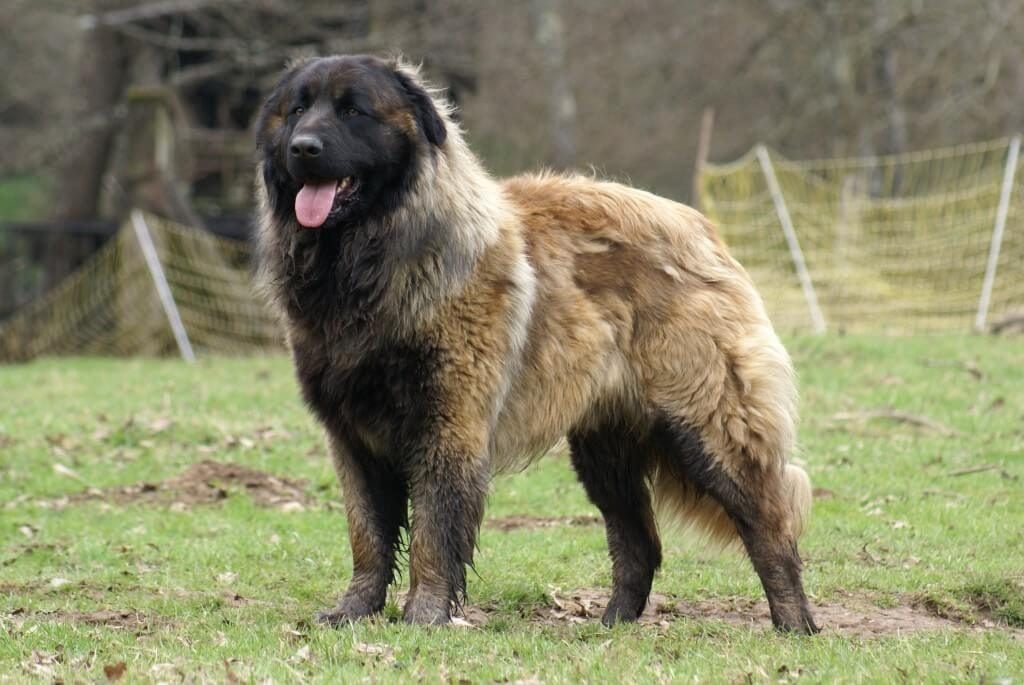 The Estrela Mountain Dog is a breed that originated from the Iberian Peninsula and is one of the few that was bred in Portugal. Although it might remind you of the Spanish Mastiff, it does have some traits that make it unique. Continue reading if you wish to learn more about this magnificent breed.

History of the Estrela Mountain Dog

Like many Molosser breeds, it’s not known really known when and how this breed came to be. People believe that —  just like other working dogs from mountainous regions — this hard-working breed lived with the pioneers of the area.

If that were true, then most likely these dogs lived with the Visigoth people, dating back 2,000 years ago. During that time of history, they worked as guides and protected livestock from wolves, thieves, and other threats in the mountains.

Just as its name suggests, this breed comes from the Estrela Mountain in the center region of Portugal.  Upon being recognized as a breed during the first half of the twentieth Century means that people began to use them as family dogs, especially in the United Kingdom.

The Estrela Mountain Dog is a large dog that belongs to the Molossers category. This breed has sexual dimorphism, males, and females somewhat the same size, between 60 and 70 cm in height, but they are very different in weight. Males are more muscular and can weight up to 60 kilograms, whereas females can weigh up to 40 kilograms.

Like many other mountain dogs, the Estrela Mountain Dog is a well-proportioned, muscular, compact animal. There are two varieties: short-haired and long-haired. In both cases, the mix of colors is the same: lionish gold or yellow on their bodies with a black face and ears.

These dogs’ heads are large, but they have a friendly and intelligent facial expression. Their ears are triangular and droop down to the sides. Their snouts are straight and slightly wider at the base, but not pointed or narrow.

They have straight, powerful legs, and their chest is not as wide as other similar breeds. These dogs’ tails are straight and hang downward, and they can raise up to spine level when they’re in an alert position.

This dog breed has a typical mountain dog personality. They’re territorial and they protect their family from strangers. This is because they’re very distrusting with people they don’t know but friendly, docile, and affectionate with the ones they do.

They’re intelligent and brave dogs, which makes their training simple and quite quick, as long they feel respected and it’s based on positive reinforcement. These dogs are always attentive and naturally obedient.  However, these dogs have an independent personality.

The Estrela Mountain Dog was bred to protect livestock in the mountains. This makes it an energetic dog that has physical and mental faculties that need to be exercised. It was destined to live in a mountainous or rural environment. If this breed lacks exercise or mental stimulation, they can become destructive and misbehave.

Luckily, this breed doesn’t suffer from any genetic conditions. However, because of their size and being over-worked, they are prone to other health conditions:

Large dogs tend to have joint and bone problems, such as hip dysplasia or twisted stomach. The only way to receive proper diagnosis and treatment is only through a vet.

Since this breed loves being in the wilderness, it’s important to get them internally and externally treated for parasites. Therefore,you should check their fur on a regular basis for fleas and other parasites that can cause serious diseases.

Due to the shape of these dogs’ ears, they usually accumulate moisture and fungus, which causes infections.  Plus, due to them spending so much time in nature, they usually get thorns and twigs can get stuck to them.

This breed has a double coat of fur and it’s absolutely not advised to cut it during the summer, even if they’re the long-haired variety. Their coat creates a protective layer against the heat and cold.

The Estrela Mountain Dog is a Molosser with a friendly and loyal pesonality that has worked protecting livestock in Portugal for centuries. In recent decades it has also proven to be a wonderful family dog.

Link copied!
Interesting Articles
Dogs
The Characteristics and Care of the Bullmastiff