This canine body part is essential for communications. Dogs do this by moving their tails to show others what they are trying to say. However, this can be easier or harder to understand depending on the type of tail a dog has. 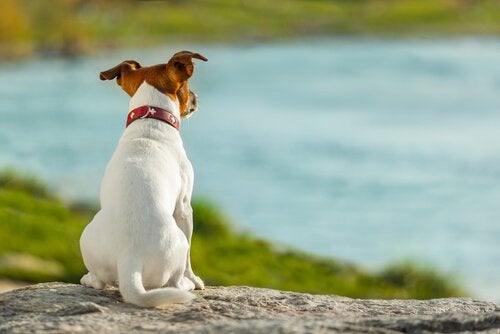 Contrary to what you might think at first, dogs have different types of tails starting from when they’re born. Since the tail is very important for aesthetics and communication, this article can provide you with good information about this interesting part of the dog.

Communication and Types of Dog Tails

Dogs communicate with each other and humans by using their bodies. The way they position their ears, tail, and legs is just as important as the way they move them. So, it’s important to learn about your dog’s tail in order to understand what he’s trying to communicate.

As a general rule, a dog wags his tail when he’s excited. However, there are some dogs who can’t move their tails, like those that have tails that are curled up or ones that have very short tails. Not only are these dogs are unable to communicate excitement, but they can’t put their tail between their legs when they are scared.

Also, a dog can show that he is on the alert when he raises his tail. However, there are dogs that tend to naturally raise their tails, even if they’re relaxed. The following are the different types of dog tails, and how they affect their communication:

Low-hanging tails are those that naturally hangs between the legs and very rarely can go higher than spine-level. For example, Golden Retrievers, Bull Terriers, Border Collies, and Greyhounds are breeds that have low-hanging tails.

This means that when their tail is at rest, it will hang between their legs. So, this doesn’t mean that they are afraid, it’s just his natural position. Also, when the dog is on alert, his tail won’t go very high, simply because he cannot lift it higher than his spine.

The opposite goes for those with raised tails that are often raised high above the spine. Dogs with these kinds of tails are Beagles, different types of Weimaraners, Terriers, Yorkies, and Chihuahuas.

This type of tail has more mobility and, therefore, is very expressive. It’s easy to understand the tail movements of these expressive animals because they can naturally and easily perform all of them.

Coiled tails make expressing feeling or emotions more difficult. This type of tail is always located above the dog’s back, forming a ring or loop, which results in little mobility and little possibility for expression.

There are many breeds with this type of tail. Among them are the Shiba Inus, Pugs, Malamutes, and Shitzus. Many of these dogs have very long hair, which makes communication even more difficult.

Luckily, dogs are able to realize that they cannot be very expressive with their tails, so they develop other ways to communicate. They can use facial expressions with their ears and full body movements. Unfortunately, it’s still difficult for humans to understand.

Not having a tail really makes communication difficult. In some cases, you can guess based on the little movements a dog makes, but only when he is wagging it. Unfortunately, you can’t tell when these dogs are afraid or on alert.

Like coiled-tailed dogs, these dogs are aware that it’s difficult to express themselves, so they can usually make up for it with body language. However, there may be frequent problems and misunderstandings when they interact with other dogs.

Traditionally, tails are docked in certain breeds because their work may damage it. Fortunately, it is already prohibited to dock dogs’ tail in several countries, since their only jobs tend be to just keeping humans company.

A dog’s tail is a very important component of his ability to communicate. However, the different types of tails can either facilitate or complicate communication. That’s why knowing your dog’s anatomy is the best way to understand him better.