What Dog Breed Barks the Least? 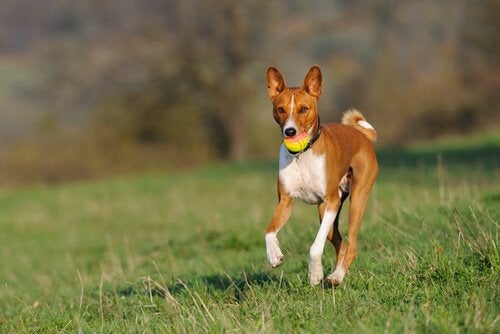 Barking is part of a dog’s natural born instinct. Living with them means adapting to this behavior. However, you could get a dog breed that doesn’t bark so much in order to avoid any unexpected surprises.

Barking is an impart part of canine natural instinct. It’s their most common form of communication and expression. In some cases, excessive barking can cause problems for both the dog and the owner.

On one hand, a dog that barks too much could have a disease, pain, or irritation. In such cases, the bark is a symptom and shouldn’t be ignored for the sake of the dog’s health.

On the other hand, if they live in apartments or shared areas, excessive barking could cause problems with housemates or neighbors. You could even get fined.

Therefore, it’s obvious that you need to monitor your dog’s behavior. Before picking out a dog, it might be a good idea to learn about which breed barks the least.

As mentioned before, barking is a dog’s most common form of expression. This is how they express feelings and moods, warn people of danger, as well as telling you they want some water or need to go to the bathroom, etc.

There are natural factors that can provoke excessive barking. One of them is the typical behavior of the breed. There are some breeds which are more expressive, alert, and distrusting. At the same time, there are others which are calmer and more sociable.

Many external factors do come into play in regards to excessive barking. For instance, it could be a response to something in their surroundings.

There are many different reasons why dogs bark excessively and some of them are harmful to your dog’s health. Therefore, it’s important to take your dog to the vet on a regular basis and to be up-to-date on their vaccinations and deworming.

Which dog breed barks the least?

Number 1 in the ranking, the prize for dog that barks the least goes to the little-known Basenji. In reality, this dog doesn’t make a sound that you would call a bark. Its bark is similar to a very gentle laugh and is unique in the animal world.

This breed is really very calm and quite small. This makes it very suitable for small apartments or spaces. The Basenji is very energetic and needs quite a lot of exercise so that it doesn’t get bored and misbehaves.

Nine other dogs that follow the Basenji on this list of dogs that bark the least are the Golden Retriever, Pug, French Bulldog, Bloodhound, Labrador Retriever, Rottweiler, Great Dane, Akita Inu, and Chesapeake Bay Retriever.

Knowing which dog breeds bark the least is really useful when you’re about to pick out a pet. However, before creating prejudice towards other breeds, you should bear something else in mind. Any dog is capable of learning and socializing with good training and a lot of affection.