Why do dogs sometimes look so much like their owners? 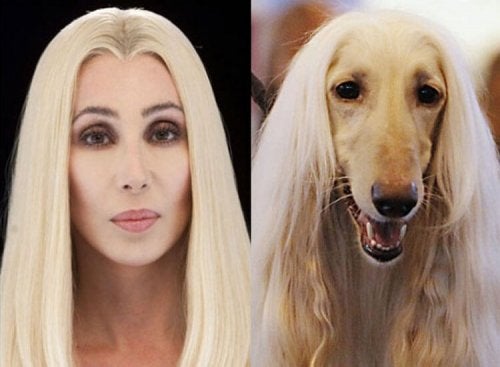 When you see someone walking their dog down the street, you might get surprised by how similar they look alike to their dog. Is that even possible? Yes it is possible according to scientist due to a few different reasons. This article will explain how owners and pets look alike.

Lazy? Nervous? Big eater? Active? It’s likely that the adjectives you use to describe your pet could also apply to you. People who have indoor dogs report that case is very similar to their pets, behavior and personality-wise.

According to Carmen Castro, a psychologist specializing in therapy animals, people instinctively pick out animals whose traits are compatible with their own. If you’re naturally nervous, your pet might get easily agitated. If you’re calm,then your dog most likely can sleep throughout the day.

A canine’s natural imitation skills can play a big role, including how well he can adapt to his environment and daily routines.

When you add all of these traits together, you can recognize that dogs can imitate their owners just like long-term couples. Dogs can remember and repeat their owners’ actions, such as tilting their head to one side when something seems interesting.

What do we look for when picking a dog?

There’s more to understand about why your dog may have a lot in common with you. Let’s start with the beginning: Why do we have this pet? According to experts, people choose an animal based on the amount of traits they have in common.

It’s likely that people are attracted to dogs that have similar personalities in order for these pets to be more capable of adapting into the owner’s life style.   According to research:

In most cases, you can predict which animal belongs to which human just by looking at them. Psychologists have compared searching for a pet is similar to finding a significant other: in regard to compatibility.

Why owners and pets look alike

A University of Vienna study in Austria has confirmed that dogs pick up on their owners’ personality and character traits. They ran behavioral tests on 132 dog-human dog-owner.

The researchers observed the pets’ reactions to threats or harsh words. They measured their heart rate and cortisol hormone levels (to test stress) through the saliva. Later, the humans filled out a survey to determine their five strongest personality traits: sympathy, extroversion, neuroticism, openness, and conscience. Afterwards, they had to respond to a series of questions about their pets’ behavior.

This finally confirmed that a very special “dyad” exists between canines and humans. Everyone’s emotions and behaviors can influence the personality and character of the other individuals. However, the owner is more influential on the pet than the other way around.