The Most Expensive Dogs on the Planet 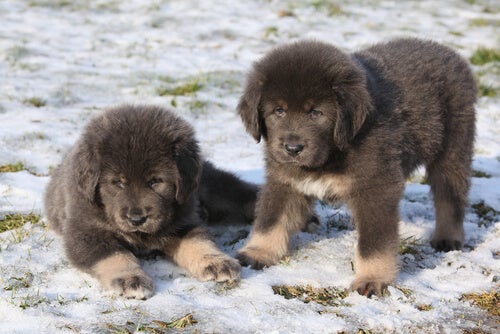 Perhaps, we live in a world determined to show that everything can be priced. The idea is: the higher the better. So, it is not surprising that some pets fetch a high price on the market. With so many abandoned animals in the world, perhaps there’s no reason to buy one.  Nevertheless, we’ll tell you which are the most expensive dogs on the planet.

Find out which dog breeds fetch the highest price

The Tibetan mastiff became the most expensive dog breed ever. Basically, alittle while ago, a Chinese billionaire bought one for about 1.6 million dollars.

In addition, this made the breed fashionable among China’s upper classes, which consider it a sign of status and economic power. However the usual price of these dogs is usually around 7 thousand dollars.

This true giant– which can reach 90 kilograms– seems to have its origins in the Himalayan area, where it was used as a grazing dog, and thus gained its fame as guardian of the Tibetan temples.

Intelligent, independent, quiet, and imposing but kindly looking, its double and dense fur is one of its main features.

Some canine breeds fetch high prices on the market, where everything is bought and sold. Find out which are the most expensive dogs on the planet. But don’t look down on adoption.

Taking out the checkbook…

There are a few canine breeds for which people tend to pay more than what the Tibetan mastiff typically costs. They are:

Other breeds that form part of the exclusive list of the most expensive dogs on the planet are:

No matter what he may cost on the market, love your dog

Whether he’s purchased or adopted, the most important thing is that you love your dog. If you get a dog just for fashion or to keep up with trends, you’ll probably go astray.

Having a pet implies a permanent responsibility in different areas. These areas include food, health, education, hygiene, etc. But, above all, it means you must feel affection for the animal.

On the other hand, a dog will be your faithful friend and companion. And, this goes no matter his breed or the price you paid for him.

And, everyone can do what he wants with his money. Maybe, it’s not a bad idea to invest even a small sum in a shelter or abandoned animal refuge.