This article is about specifically naming police dogs. Plus, these noble dogs are so well-trained, they'll understand their name perfectly even if it's long. 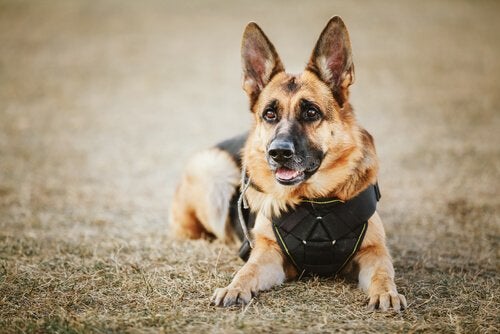 Naming a pet isn’t always easy. There are times you what name to give them at first glance and other moments when you get stuck. In today’s article, you can find some ideas of names for police dogs.

Naming police dogs can be harder than naming house pets. Their names have to sound just as important as their job is without being so common too. Otherwise, people might say them accidentally or guess them too easily, which will distract the dogs from their job.

However, unlike other dogs, they can have names longer than two syllables. In general, it’s best to choose short names for dogs in order for them to understand them better, but police dogs are intelligent and well-trained enough to understand long words.

Greek mythology is a good source to find a name. Also, you can pretty much find a great name for a female police dog in any type of mythology.

From Greek mythology, Hera was Zeus’ wife, who was the mother of all gods. She sat on the throne in Olympus as their queen. Then there was Ceres, the goddess of fertility, who would come with the spring and make crops grow.

In Buddhist mythology, Tara was the Divine Mother, that was known for her love and compassion. Buddhism calls all its goddesses Dakini, which could also be a great name for a female police dog.

Names of places are also great names for female police dogs. For example, the Sierra mountain range is also an original and beautiful name. Delta comes from geography, but it’s also part of the international military alphabet.

There are also proper names like India, Asia, or Africa. These are simple, original, and work perfectly. Likewise, you could use Nairobi, the capital of Kenya, or Riga, the capital of Lithuania. There’s also Samoa, a country in Oceania, or Zambia, in Africa.

Male police dogs are common in movies and TV, so some of their classic names might be a bit “used up,” and you’ll have to be more creative.

Going back to Greek mythology: Zeus was the father of all gods and the husband of Hera. Hercules was a demigod known for his amazing strength. Bacchus was the god of wine, festivals, and celebrations.

Breogán was a king in the Celtic territory of what is now Galicia, Spain. But back to gods, Taranis was the god of thunder, the sky, and light. Vosego was the god of hunting and the forest.

Space is another great place to look for names. Mars and Pluto are two celestial bodies in our solar system. Orion is a constellation that represents a hunter, and the Perseus constellation has the biggest display of shooting stars each year.

If you want a name from geography, Crater is a great choice. You can use an Atlas, which is A collection of maps, or a massive world map. Or there is the Andes mountain range, in South America. A Fjord is a long stretch of sea surrounded by cliffs, which is common in Northern Europe. A Nunatak is a mountain peak at the top of a glacier or ice field.

Not all police dogs have to go by the name of Dana or Rex. TV and movies usually use those names, but you can always find inspiration for new, original, diverse names elsewhere. Since police dogs are so well-trained, they can understand much longer names than house dogs.