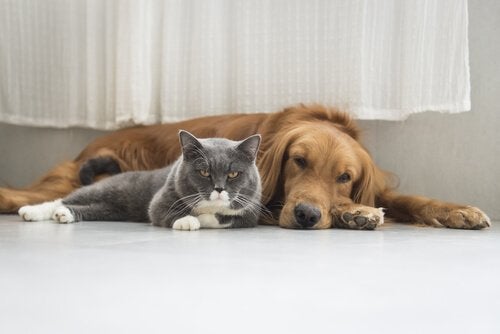 Many people claim that they would undergo cosmetic surgery for health reasons, but never for beauty. Undergoing a surgical operation always involves risks, so it’s a very serious matter. This issue has been a matter of debate for years. Finally, the ban of cosmetic surgery on animals is now taking place.

The Spanish Council of Ministers joined the European Convention on Animal Protection. As a result, all aesthetic operations designed to change an animal’s appearance will be banned.  Although, there shall be no ban for operations ordered by a veterinarian to preserve the health and well-being of an animal.

This agreement also covers the use of animals in shows and advertisement. It emphasizes on a list of responsibilities that companies, individuals and local authorities have over animals.

In regard to breeding and the custody of animals, the owner is liable for attending the animal’s health and having a document that proves he/she has the necessary knowledge for breeding and having custody over animals.

This agreement, which was signed by 17 countries and submitted to the Bicameral Legislature of the Kingdom of Spain, was approved this year. Thanks to the agreement, a strategy has also been laid down to provide help and relocate homeless animals, and to promote adoption, informative and educational campaigns.

What does this regulation provide?

Many animal owners dock their dogs’ tails and crop their ears, especially if they are hunting dogs in order to make them look “attractive”. However, this regulation recognizes that act for what it really is: an unnecessary amputation of a body part.

Likewise, the banning of operating on dogs and other animals to correct some type of deformity, such as on the jaw or another body part, unless it jeopardizes the health and life of the animal. As of today, it’s now banned for anyone who performs this type of operation to have “a perfect dog”.

The importance of a dog’s ears and tail

It’s wonderful that people are no longer be able to crop their dog’s ears and dock their tail because they’re important for communication and a dog’s social life.

Since they do not have the ability to speak, dogs communicate in other ways. One of these ways is through their tails. They communicate and even express feelings and emotions by wagging their tail and making gestures.

Each movement of a dog’s tail means something different and expresses a different emotion. As known by many, a dog’s tail is the closest thing to man’s facial expression.

Due to this and for many more reasons, it is important for an animal to have his tail. It will be easier for him to socialize, and he’ll have less behavioral problems. Additionally, the tail helps release pheromones, which is another form of communication for canines.

After the tail, the ears are a dog’s most used body part for communication. Each pair of canine ears have different shapes and sizes. Their movements create an universal language that is possible for humans to understand. Through ear movements, humans can determine what the dog is feeling at any given moment and act accordingly. It shows his reactions to external factors.

In conclusion, at least 18 countries ban mutilating animals for aesthetics. Hopefully, this example shall set a precedent for an international law enforcing animal rights.