Behaviour of Female Dogs in Heat 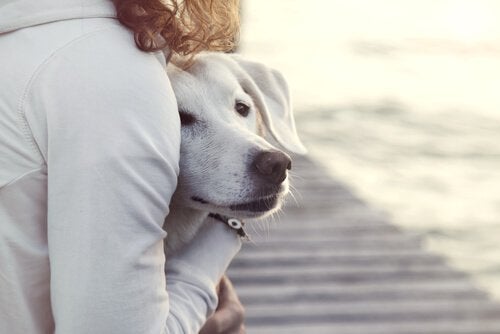 The reproductive cycle in dogs is different from humans and other mammals. Therefore, it’s good to know certain things about the behavior of female dogs in heat, something which happens once or twice a year.

The way animals reproduce varies from species to species. When it comes to dogs, females become sexually mature at different ages depending on breed and size. This means that small females can go into heat for the first time between the ages of 6 and 12 months. Medium-sized or larger dogs may go into heat from 7 to 13 months, and giant dogs perhaps won’t go into heat until between 16 months and two years old.

When a dog goes into heat, this means that they are sexually mature, but that doesn’t mean that they’re actually ready to reproduce. Vets recommend avoiding pregnancy the first time they are in heat, because they’re still very young and it could cause problems for the puppies and mother.

Dogs generally go into heat twice a year, every six months, but this can vary depending on their age, health, or breed. Some females only go into heat once a year.

When a female dog is in heat, you’ll have probably noticed that they attract lots of males when out for a walk. They do this instinctively because the females give off pheromones through their smell and urine.

What is the Typical Behavior of Female Dogs in Heat?

Although each animal can behave differently during this period, there are certain physical and behavioral signs in females prior to going into heat or when they are already in heat.

At a biological level, the clearest signs of female dogs in heat are swelling of the nipples and vulva, and loss of blood. This last one is not always easy to detect, as there are some dogs who manage to keep themselves very clean the whole time.

As for their behavior, this all depends on which phase of the cycle they’re in:

During this phase the female is still not fertile but is starting to ovulate and bleed, leaving small drops of blood wherever they go. It’s possible to buy special pads for dogs to prevent stains.

The dog will also seem more anxious to go out of the house. Afterwards, she will experience sexual conduct similar to mating with other animals. However, she won’t let any male mount her yet.

Once they’ve stopped bleeding they are not fertile. This lasts for between 3 and 17 days and during this time she will let a male dog mount her. Her behavior may change in a few ways: she might be more affectionate or more keen to go for walks. She may start to feel restless or even be more aggressive.

This phase can last around 60 and 100 days, and it depends on something very important: whether or not she’s been impregnated. If she has, then obviously there will be a pregnancy, birth, and then feeding the pups. If she hasn’t, then she’ll reject males, eat a lot, and her character and behavior will stabilize.

It’s important to pay attention to the estrus stage as some females can develop a psychological pregnancy because of high hormone levels. They can even fool their owners into thinking that they’re pregnant.

This is the period of sexual inactivity which begins after birth for pregnant dogs, or otherwise after the diestrus period. They won’t show any signs of change from one stage to the other. Anestrus lasts for approximately 120 days and allows the dog to rest and recover until the next fertile period.