Can Dogs Feel Guilty for Their Antics?

As it turns out, emotions might not be reserved for humans alone. Dogs, too, can relate 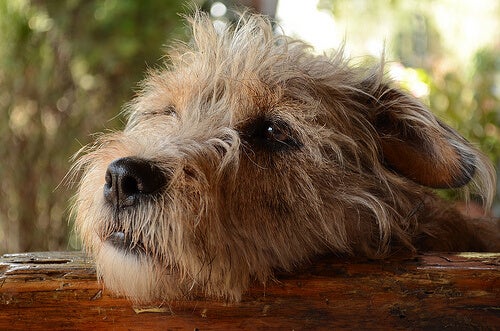 Everyone that has a dog has suffered from their antics. Many times we have had to scold them even if it hurt or if their pranks made us laugh. Have you ever wondered if dogs feel guilty?

It wasn’t long ago that a video was uploaded online in which a dog accused her brother of having eaten a pack of cookies. The dog couldn’t hide it, and her sad eyes made her owner laugh.

Although it was seen by thousands of people, perhaps a few wondered if dogs can really feel guilty for their actions. The truth is that when they put on a sad face after we scold them, it is impossible to believe that they don’t feel regret.

What does science say about dog guilt?

When we yell at our dogs for something bad that they did, their facial expressions seem to confirm that they really feel guilty. However, science says the opposite.

Despite the fact that 74% of dog owners are convinced otherwise, science has proved that the face that our dogs give us after doing something wrong does not respond at all to the feeling of guilt.

On occasion, we have thought that our dog destroys the house or our things because he is getting revenge for being left alone. That is not true either. The main motive is actually anxiety or boredom.

What causes our dogs’ guilty faces?

It’s simpler than we think. And it’s as simple as dogs are peaceful animals in that they like nothing but harmony. When they are in the middle of a conflict, regardless if he, another person, or another animal started it, they create reactions that help calm down the environment.

As we have said many times, dogs have the ability to recognize our moods by looking at our faces and perceiving our feelings. How do they react? By emitting calming signals.

These calming signals are aimed at easing tension and anger. People find similarities with the guilty gestures that humans make. So, we think that this is the reason for these expressions.

What are calming signals?

Calming signals form a part of the dog’s body language. As a pack animal, he needs to communicate with everyone else. So, the reason for these signals is to live in peace with his fellow dogs.

Although dogs don’t think this way, they know that conflicts between beings that live together only bring physical harm and weaken the pack. Tensions are relieved and coexistence flows serenely by calm signals that give off remorse and peace.

There are at least 30 known calming signals that dogs use to communicate. These signals are a type of gesture that the animal makes with some part of his body.

Here are some examples:

After all this, it is clear that animals cannot feel guilt. But they do everything possible to make us feel better and to calm down the situation. This quality is highly recognized in dogs– empathy. Wouldn’t the world be a better place if we all imitated them and tried to look for peace?

Link copied!
Interesting Articles
Mental Health
What If Your Cat Sleeps in the Litter Box?