Watch out for this dog "killer": boredom 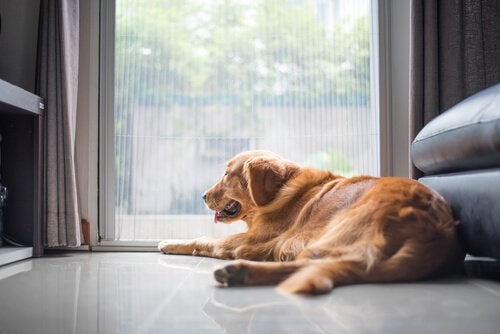 Dogs are dogs, even though many people insist on treating them like humans. We are all for loving animals and giving them a special place in your heart and home. But if you go to the extreme, a dog could forget about or neglect doing “dog things”, and boredom happens.

Dog things are what make their lives interesting and keep them alive and happy. Not doing them can lead to something that’s very dangerous for dogs: boredom.

What things should your dog do to prevent boredom?

A dog should do what their instinct and nature tells them to do, even unconsciously. Here are some:

These and many other things can help prevent boredom in your dog. They’re normal things that all dogs do and should keep doing. Remember that boredom is a killer.

How boredom can kill your dog

How can boredom kill your dog? It’s obvious that we aren’t talking about physical death, but rather spiritual death. Your dog could stop being a dog and instead become something that he wasn’t born to be. That said, physical death could also result if you don’t take good care of your dog. Boredom can cause many health issues in pets.

These are only some of them:

So love your dog like you would another person. But please let him be what he is: a dog! Don’t let boredom kill him.