Everything You Need to Know about Lyme Disease

Ticks spread Lyme disease; If you have been bitten and start to have symptoms of this disease, you should see your doctor as soon as possible. 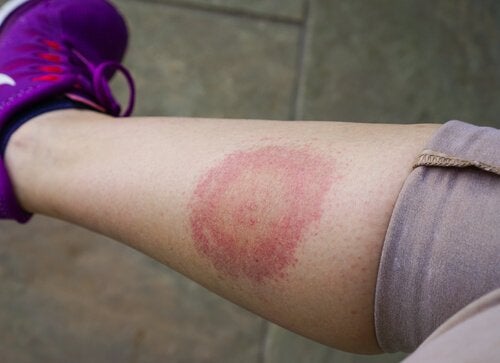 Lyme disease is becoming more and more difficult to control. Ticks help to spread it, which makes eradicating it very complicated. Humans can also get infected if they are bitten by a specimen.

Not all ticks contain Lyme disease, just the black-legged ticks that are commonly called ‘deer ticks.’ It’s also not that easy for the disease to spread, since the tick has to be stuck to your body for at least 24 hours for it to infect you.

Bacteria that cause Lyme disease

There are four types of bacteria that cause the disease, and they’re different depending on the area. In the United States, Borrelia burgdorferi and Borrelia mayonii will transmit this disease, while in Europe and Asia, the disease is caused by Borrelia afzelii and Borrelia garinii.

Small rodents, such as mice or squirrels that have B. burgdorferi, infect the ticks. This bacterium doesn’t kill the tick and it can live with it for a long time.

These types of ticks usually live in very wooded areas, with a lot of vegetation. This is the perfect environment for parasite reproduction. They can also live in grassy areas, on the higher part of the leaves, prepared to climb onto any animal that comes by.

Children and people who spend a lot of time outdoors or doing activities in nature are much more likely to get bitten by a tick and, therefore, are more likely to be infected by the disease.

Try to avoid having any exposed skin when you’re out in fielded areas, as that will make it more difficult for black-legged ticks to latch on to you. If you live in areas where there are a lot of these mites, don’t let your pets get into any bushes.

The first thing that will show up a few days after you remove the tick is a small, red bump. It’s similar to that of a mosquito bite. This is common, whether you’re infected or not.

If the tick contained Lyme disease, a rash will show up that will increase and then take on a typical bull’s eye shape. This may appear anytime between the third day or over a month later. It usually doesn’t sting or itch, but the area will feel hot to the touch.

This is the typical reaction, but not everyone reacts to this disease the same way. Some people, instead of having a rash that will be concentrated just in the area of the bite, will have several smaller rashes around the rest of their body.

If Lyme disease goes untreated, symptoms may appear in later months. For example, joint pain, usually in the knees. In addition to that, it can cause neurological problems, with temporary paralysis of one side of the face, problems with limb movements and numbness.

Although these are less common, this disease can also affect you in the following ways:

If you live in an area where this disease is common, and a tick bites you, it’s best to go to the doctor right away, even if you don’t have any apparent symptoms. If a tick gives you Lyme disease and you notice the symptoms that we mentioned, go to your doctor to start treatment.

It usually doesn’t cause serious problems if you detect it early. You shouldn’t put off a doctor’s visit if you have any of the symptoms. Even if you no longer have symptoms, that doesn’t mean that the disease has disappeared. The doctor still needs to treat it the same way, even if you’ve gone months without any symptoms.