How to Detect Canine Parvovirus

This viral disease is deadly to pets because it doesn't have a cure that's 100% effective. 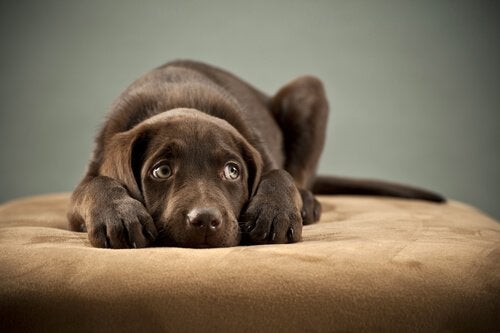 Every dog owner has most likely has heard of canine parvovirus. This is a very contagious disease with a high mortality rate. Its symptoms are varied, but if you detect it early enough, you can avoid fatal consequences.

Preventing this disease is a matter of knowing which types of a places are safe for your dog to be at. This article covers the symptoms of canine parvovirus by focusing on how it’s spread and treated.

The virus affects the intestinal mucous of an animal. It quickly spreads through the digestive tract and directly attacks white bloods cells, which are fundamental for immune health. Once the virus attacks the majority of white blood cell, the disease can take two potentially lethal forms:

Among the causes of death from canine parvovirus are sudden death, strokes, dehydration caused by excessive vomiting and diarrhea, and septicemia.

Canine parvovirus is transmitted by direct contact with infected locations. The virus remains active in feces and urine for an extended period of time and can even spread indirectly.

Someone who has been in contact with one of these sites can transmit the disease because it can survive on almost any surface.

Therefore, it’s a good idea to only let your dog interact with other healthy dogs, especially dogs with good health and hygiene. If a single dog had contact with a contaminated location, gets infected by this virus, the entire population becomes exposed.

It can be initially difficult to identify the symptoms of canine parvovirus, because it has some similarities with other diseases, such as the symptoms below:

People usually confuse canine parvovirus with gastroenteritis due to their similar symptoms. The tell the difference is by running a blood test to verify the leukocyte levels (white cells). As mentioned earlier, the disease tends to wear down an animal’s immune system.

If for some reason, you suspect that your dog has any of the symptoms, you should immediately take him to the veterinarian. Only a medical professional can make a precise diagnosis.

Once a vet identifies the parvovirus, the typical course of action involves immediate hospitalization to prevent other animals or people from accidental infection. In most cases you can treat your dog with antibiotics. However, there’s no guarantee that such medicines will be effective on the disease.

This is because it’s a viral disease that has no 100% cure. The best thing to do is attack the symptoms one by one, so the animal can regain his strength and overcome the disease.

No matter what, vaccinating your dog as soon as possible against this terrible disease will prevent this horrible disease. Always remember to keep the area you pet lives in clean and hygienic and communicate with other owners about any possible cases of infection.