Home » Health » Signs that Your Dog Is in Pain

Signs that Your Dog Is in Pain 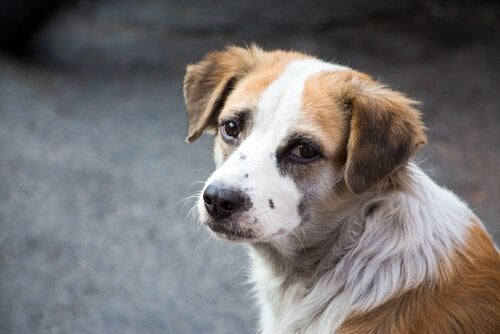 When people feel pain, it’s easy to tell. However, that’s not the case with dogs. Unfortunately, it’s not very easy for dogs to express how they’re feeling. They can’t tell us if something is bothering them. But there are some signs that your dog is in pain, like limping or grunting when they put pressure on the area that hurts. These signs are clear, but the symptoms aren’t always so obvious, especially if your dog is trying to hide the pain.

Some signs that your dog is in pain

When a dog is in pain, he tends to express himself orally in different ways. For example, moaning, growling, and barking. If your pet seems to be noisier than usual, you should take him to the vet to see what’s wrong.

When a dog is sore. or a part of his body hurts, then he’ll begin to lick the area a lot. Of course, we know that they’ll do this if it’s a visible cut or wound. However, even if the pain is internal, the dog will lick the area to try to solve the problem.

If he has pain or discomfort in his eyes, he may lick his paws then rub his eyes with his paw.

When a dog is in pain, he tends to sleep more. He might do this because he’s trying to heal the problem, or because it’s very difficult for him to move. Loss of appetite is also normal, as are changes in their drinking habits.

If your furry friend starts gasping for breath, even if he hasn’t done a lot of exercise, it’s another sign of pain. This is also the case if his breathing becomes faster or isn’t as deep.

Signs in the eyes

If your dog has pain in his eyes, he’ll start to open and close them a lot. Also, you’ll see that his pupils are smaller than normal. Interestingly, the opposite happens when other parts of their bodies hurt, their pupils will dilate.

When your pet is in pain, he may have difficulty sitting or laying down. So, you should watch to see if he’s sitting or laying in an unusual position. If he can’t stay in the same position for extended periods of time, then you should start to worry. For example, if he keeps trying to sit or lie down, but then immediately gets up and moves around to find another position.

In addition to that, if a dog is in pain or is injured, he may become aggressive. He might also try to avoid his owner because he’s afraid his owner will accidentally hurt him.

If you try to touch your dog, he might start to growl, put his ears back and he may even try to bite you. However, aggressive dogs may show the opposite behavior.

Of course, these symptoms can occur separately, be combined, and they may even have different meanings. If you aren’t sure, you should talk to a professional as soon as possible.

If your friend isn’t acting aggressively, you should check if he’s in pain. Touch different parts of his body firmly, but carefully, similar to how the vet does it. By doing this, you’ll be able to locate the source of the pain.

Regardless of the cause, experts say the main sign that a dog is in pain is that he changes his behavior.

Analgesic consumption in dogs has increased around the world in the past five years. More and more, owners are trying to keep their pets from suffering.

Remember, you should never give dogs medication that is meant for humans. One of the main causes of intoxication in pets is self-medication.

There are two different types of analgesics for dogs. The first are ‘opiates’ like morphine and methadone that treat acute pain. And the second type are ‘non-steroidal anti-inflammatory drugs’ that treat both pain and inflammation.

How to Give Your Pets Medication
It's never easy to give your pets medication. But when they're sick, you have to make sure they get their proper treatment, so here are some tips. Read more »
Interesting Articles