Urinary tract problems are some of the most common emergencies where cats and dogs need to go to the vet. 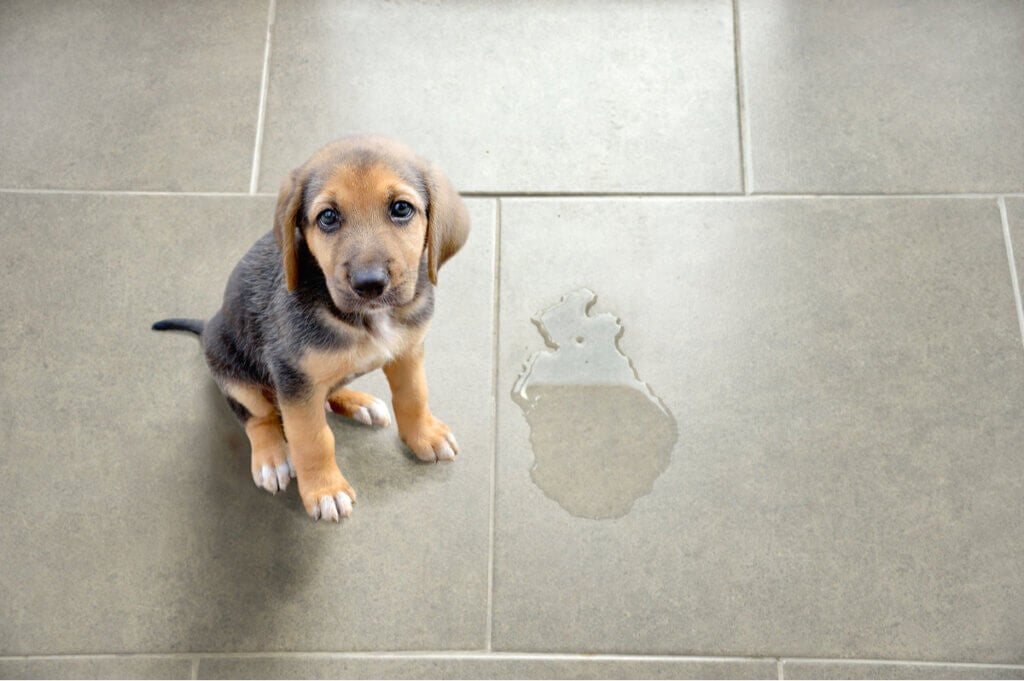 Urinary tract problems in animals can affect both the urinary tract and the kidneys. For a proper diagnosis, the vet will need to know the animal’s complete history, perform a physical examination, and even carry out some lab tests. They may even need to use some diagnostic imaging techniques to identify specific problems.

As is often the case, your role as the owner will be crucial as you can provide the vet with important information. This can include any changes in behavior, how often they need to urinate, whether they’re taking any medication, and of course, if they’ve had any problems in the past.

During a physical exam, the vet will take a look at the following things:

Once all these things have been checked, the vet will be able to make an assessment about what the problem might be. Below are some of the most common urinary tract problems in small animals.

Azotemia is when the blood contains unusually high levels of urea, creatinine, and other waste nitrogen substances. This normally occurs because the kidneys aren’t filtering the blood properly.

High levels of urea can also appear due to overproduction in the liver as the result of gastrointestinal bleeding. They can also arise because of hunger, a fever, dehydration, or even eating excessive amounts of protein.

As you can see, azotemia can simply be temporary and doesn’t always mean that there’s a serious kidney problem.

Uremia is the term used when azotemia causes metabolic or physiological problems. These can include depression, anorexia, nausea and vomiting, diarrhea, dehydration, or even a coma.

These problems are caused when the increased levels of urea in the blood are sustained over time as the result of abnormal kidney function. For this to happen, the function of both kidneys needs to have reduced by at least 75%. However, uremia can happen to animals with kidney failure and urinary tract problems.

Assessing an animal with azotemia or uremia

Diagnosing these conditions normally involves lab tests. The vet will need to carry out blood tests to detect the levels of creatinine, urea, glucose, electrolytes, and protein. They will also need to test your animal’s urine to check the levels of sediment, protein, and glucose, and even do a culture test for microorganisms.

They may also want to take x-rays or ultrasound scans of the abdomen and pelvis for extra detail.

Assessing urine output is one of the most important and fastest ways of evaluating kidney function for critically ill patients. It can decrease in dehydrated animals and increase for animals who have a drip attached.

Regardless of the emergency, it’s important to assess the volume of urine in the bladder and before starting therapy, a urine sample should be taken.

Some of the most common urinary tract problems in animals: oliguria and anuria

Oliguria and anuria mean, respectively, reduced urination and a lack of urination. In either case, it’s important to work out why this is happening. It may be that the body is producing urine but not expelling it, or it could even be that it’s producing very little urine in the first place.

Prolonged anuria is a significant problem because every animal needs to urinate to remove waste from the body. Not being able to do so can cause serious complications. Signs of this can include bradycardia, hypothermia, pale mucous membranes, hyperventilation, and halitosis.

These symptoms suggest that your animal is suffering from serious metabolic and electrolyte disorders due to a build-up of waste substances in the body.

Urine leakage due to an injury

Sometimes, animals can suffer a physical blow that causes damage to the kidneys, bladder, or urinary tract. The problem with a kidney injury is that it can cause internal bleeding or even the release of urine into the abdominal cavity, and this can lead to peritonitis.

Obstructions in the urinary tract, such as kidney stones, can have similar consequences. However, if just one kidney or ureter is affected, then the other can still function correctly, which can hide the problem. But if there’s urine leaking into the abdominal cavity, this will become very apparent.

Sometimes, the bladder or urethra can suffer a rupture as the result of a heavy blow, a tumor, kidney stones, or other things besides. It can even happen because of poor veterinary practice when trying to unclog a blocked urinary tract.

As you can see, there are multiple different ways that your animal could suffer from urinary tract problems, and they can be very serious. If you suspect that your pet is in any discomfort at all, you should go straight to the vet.

Diets for Kidney Disease in Sick Dogs
Just like humans, pets' diets must adapt to their needs and characteristics when they're ailed by kidney disease but pretty much for any illness. Read more »
Link copied!
Interesting Articles
Illnesses and Treatment
How to Treat and Moisturize Calluses in Dogs?