The origin of breathing difficulties and problems in dogs is quite varied. This makes both the owners and the veterinarian face a real challenge when it comes to avoiding complications. 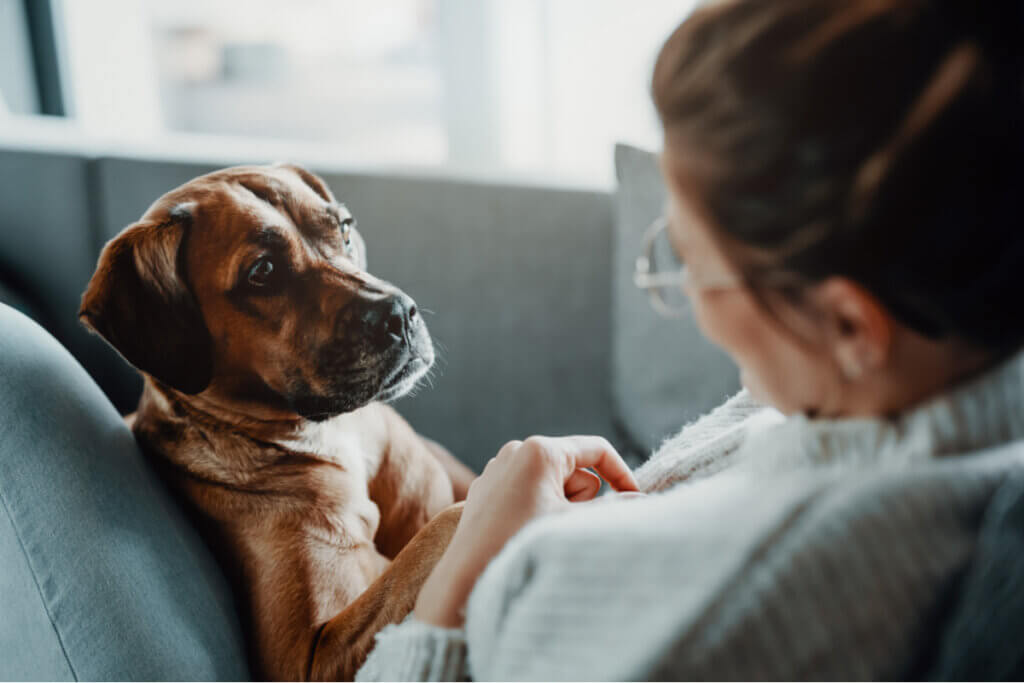 There are numerous illnesses that trigger breathing difficulties in dogs. The animal’s medical history, symptoms, and a physical examination are usually sufficient when it comes to determining which areas of the respiratory apparatus are involved. This way, the veterinarian can be more effective when determining a suitable diagnosis.

To do this, the respiratory tract is divided into several areas: Airways, lung parenchyma (the very tissue that forms the organ), and the pleural space. If you want to know more about this world of canine pathologies, read on.

Next, we’ll talk about a series of pathologies that affect the respiratory system and lead to respiratory difficulties.

Pathologies of the upper respiratory tract

First, the upper airways consist of the nostrils, mouth, pharynx, glottis, and epiglottis. Pathologies that affect these organs usually come with strong abnormal breathing sounds. These are known as stridor or rales and are audible without the use of a stethoscope.

As a general rule, breathing difficulties originating in the upper airways derive from an obstruction. This makes the symptoms worsen with exercise or excitement, as it contributes to the narrowing of the airway. However, at rest, breathing parameters can become almost normal.

This return to normal lung functioning at rest is one of the main signs of upper airway obstruction.

Many patients with these pathologies arrive at the veterinary clinic with recurrent episodes of fever. They are unable to thermoregulate effectively because, during panting, the volume of air passing over the tongue is insufficient.

In addition, the increase in temperature initiates a vicious circle. It stimulates an increase in breathing frequency and panting, further narrowing the airways.

What are the most common causes of obstruction?

It’s important to note that brachycephalic breeds (such as bulldogs or pugs) are genetically predisposed to have obstructed upper airways. Some of the most common causes of these obstructions are the following:

Pathologies of the lower airways

In this case, the larynx, trachea, bronchi, bronchioles, and alveoli may be affected. Most commonly, these are abnormalities of the bronchi and bronchioles, of inflammatory origin, and cough is the most common clinical finding. It’s usually a rough cough and tends to exacerbate inflammation, creating a new vicious circle.

What are the most common causes?

Most often, there’s an obstruction of the tracks closest to the lung due to increased mucus production. This mucus accumulates and weakens the rest of the respiratory system. Hence, bronchial pneumonia is a frequent complication.

Among the most common causes of these diseases are the following:

Pathologies of the pulmonary parenchyma

Any disease that affects the lungs will be accompanied by varying degrees of hypoxia (deficiency of oxygen in the blood) and, therefore, respiratory distress. This is due to an imbalance in ventilation due to inflammation or closure of the alveoli.

Abnormal breathing sounds, such as crackles, are common during auscultation. It’s also important to carefully check the canine’s heart for signs of congestive heart failure.

If there’s a cough, it’s usually productive. That’s to say, soft and wet, to eliminate the secretions derived from the pulmonary inflammation.

What are the most common causes?

Here are the most common causes of lung parenchymal disease:

Pathologies of the pleural space

The pleural space is defined as the virtual gap between the chest wall and the thoracic organs. It’s virtual because this space only exists in the case of a pathology, that is, in the case of an undue accumulation of liquid or air inside it.

This will generate some degree of pulmonary dysfunction with an increased breathing rate and dyspnea. In addition, when auscultation of the chest is performed, pulmonary and heart sounds will be diminished or muffled. Why? Because there’s a foreign substance occupying that virtual space and moving the organs away from the chest wall.

Pleural effusions are classified according to the type of fluid they contain. One of the most common is hemothorax (accumulation of blood) after an accident, or pneumothorax, for example when a rib is broken and crosses the chest wall allowing air to enter.

When it comes down to it, the exact diagnosis of the cause of this problem is a real challenge for veterinarians. The possibilities are almost infinite and quite often several things happen at the same time, especially when it comes to infectious diseases.

Therefore, complementary tests such as analyses or X-rays can be the best allies when it comes to identifying the reasons for breathing difficulties in dogs.

Helpful Tips for Preventing Colds in Dogs
Just like humans, animals can algo get colds. In the following article, we'll provide some guidelines to help pet owners to prevent colds in dogs. Read more »
Link copied!
Interesting Articles
Illnesses and Treatment
What Are the Symptoms of Leukemia in Cats?