Dog flu spreads through the air, when a dog sneezes. 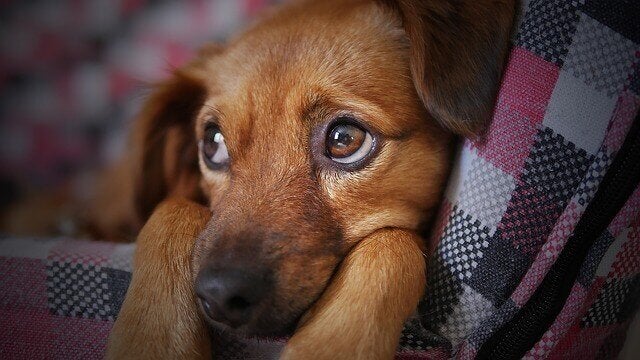 Dog flu is a disease that has affected an increasing number of canines over the years. Even though most cases aren’t fatal, owners should be attentive to any possible symptoms.

The dog flu can certainly give your dog a very uncomfortable, gloomy day. However, if you’re a dog owner,  then don’t get too alarmed about this bug, because you can prevent it by taking proper precautions.

Also known as canine influenza, dog flu is a virus similar to the human influenza virus. This is a respiratory disease caused by a strain of the Influenza A virus, which also causes the most common types of human flu.

There are two types of dog flu known so far: H3N8 and H3N2. The H3N8 strain was originally an equine virus that mutated around 2008 and jumped from horses to dogs. The first case of this type of dog flu affected a group of racing Greyhounds. The Greyhounds competed on the same tracks when the disease spread easily.

The H3N2 strain is originally from Asia. Some studies show that this strain was a bird virus that mutated and infected dogs. Between 2015 and 2017, the H3N2 virus was the most common one in dogs affected by the flu.

How does dog flu spread?

Like human influenza, dog flu spreads through the air. Respiratory secretions in the atmosphere can infect other dogs. In the particular case of dogs, any sneeze or cough will expel secretions into the air.

If a dog is infected, the virus will spread into the air every time they bark. Once the virus is in the air, healthy dogs can breathe it in and will be at risk of infection.

Common places where many dogs interact with each other can also be a haven for this virus.  Playgrounds and dog daycare centers are ideal places for this virus to spread.

Close contact with large groups of dogs can put your dog at risk of getting any disease. For that reason, owners must be very attentive to any symptoms their dogs might have.

The incubation period for canine influenza is two to four days after the first exposure to the virus. Therefore, the first symptoms usually appear after the fourth day. However, dogs with influenza are contagious from the second day after infection, long before they show any symptoms.

There are several symptoms of the canine influenza virus. Unlike flu in humans, dog flu appears several times a year. This disease can occur during any time of the year, even during the hot or colder months. For that reason, owners must pay attention to the outbreak of these symptoms.

Most dogs that get the flu virus have fevers and cough for two to three weeks. Their cough can be moist or dry. Other early symptoms of influenza are a lack of appetite and difficulty breathing.

The first symptoms of dog flu appear in a similar way as flu symptoms in young children. For example, your dog will feel tired and sleep more than usual. In addition, dogs with the flu have runny noses, watery eyes, and mucus with a little bit of pus.

Treating dog flu is symptomatic, so there’s no cure, there are only remedies that alleviate the symptoms. As the days go by, the dog’s body will fight and eliminate the disease on its own.

However, canine influenza does need veterinary care. A veterinarian will tell you if your dog needs special care, such as IV or antibiotics.

In some cases, dogs should change their diets to stay nourished while they have the flu, but the most important thing is to keep the sick dog hydrated and comfortable. You’ll need to disinfect the areas where the dog spends most of their time at. Doing so will prevent the flu from lasting longer than necessary.