Food poisoning is one of the most common problems in dogs so you must know how to identify the symptoms in order to ensure the well-being of your animal. 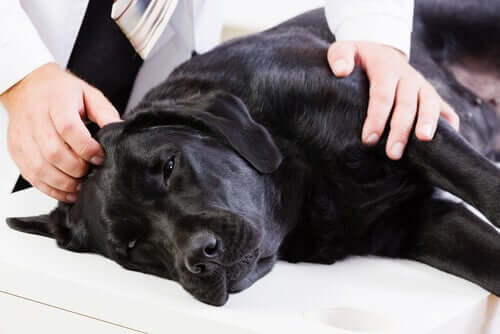 Food poisoning is one of the most common health problems seen in vet clinics, and is usually due to an animal’s exposure to spoiled or contaminated food.

Oftentimes, a dog’s natural tendency to gluttony leads them to stick their nose in every kind of food they come across. Of course, they’re not aware that some of it can make them sick or even lead to their death.

Animals sometimes run into these edibles during their walks. However, most food poisoning cases that end up in vet clinics happen at home, either because they ate leftovers or spoiled goods.

Symptoms of food poisoning in dogs

It’s crucial to be able to detect symptoms of food poisoning in time, and this way you’ll be able to take immediate action. So, pay attention to the following and consult your vet so they can indicate the most appropriate measures to take:

As you can see, the symptoms can vary depending on the type of poisoning and they’ll manifest differently in every animal. What’s important here is to pay attention and take immediate action if you notice your dog’s in trouble. Know that some forms of poisoning seldom go away on their own and will only worsen if you ignore them.

So, it’s very likely that you have a case of food poisoning on your hands if you notice any of the above symptoms. Again, you must consult your vet as soon as possible so they can do anything that’s necessary and rule out other possible diseases.

The most common situations in which a dog might poison themselves is when they rummage in the trash or when they eat food that they find on the street. However, they may also get sick when they eat human food that’s not suitable for their digestive system. 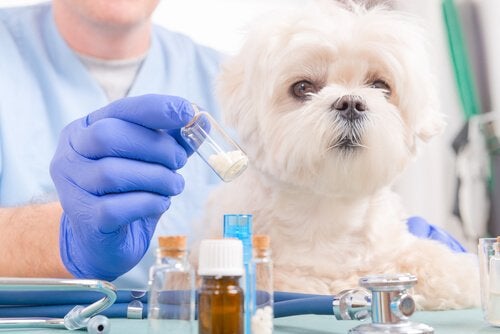 Ibuprofen Poisoning in Dogs
Ibuprofen poisoning in dogs is a proven fact. Medicating a pet with ibuprofen is a serious mistake with major consequences, and yet it's still common. Read more »
Interesting Articles