Hip Dysplasia in Cats: Everything You Need to Know

In this article, we're going to tell you everything you need to know about hip dysplasia in cats. It may not be very frequent, but it can have some undesirable consequences. 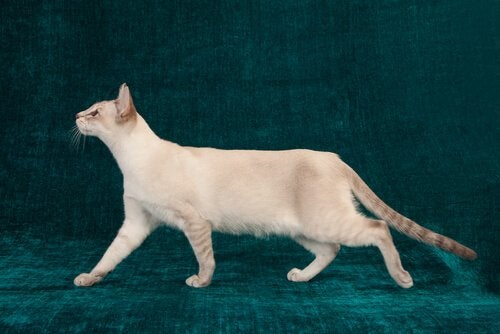 It may not be common, and is mostly a genetic issue, it’s important to learn a bit about this particular disorder in how an animal walks. Today, we’re going to focus specifically on hip dysplasia in cats, and how it affects them.

What is hip dysplasia in cats?

This is a much more common condition in dogs than cats. What hip dysplasia does is basically cause that part of their bodies to develop unusually, and the joints around it will wear away over time.

There’s a hereditary component to hip dysplasia in cats. Maine coons and females are especially at risk for it. In more serious cases, it can lead to bones forming in unusual places, damaged cartilage from unnatural motions, arthrosis because of their limp, and paralyzing pain.

Hip dysplasia generally starts in cats when they’re still kittens. In other words, it starts before their bone structure has developed fully, and it only gets worse as time goes on. Dislocation and damage to their cartilage causes micro-fractures that keep it from walking properly, climbing, jumping, and playing.

What are the symptoms of hip dysplasia in cats?

A vet will need to make the final diagnosis, but as its owners you also have a duty to pay attention for the symptoms of hip dysplasia in your cat. Here are some of the main ones:

A cat being less active is often just because it’s getting older. Still, most healthy cats will run, jump, and climb trees, even if they’re on the older side. So, if your cat has stopped playing or doing things it used to, you should take it to the vet.

Hip dysplasia is very painful for cats. One big warning sign is if it whines from being in a certain position or moves in a certain way. If you touch it in the lower back, it might meow loudly. That’s not necessarily because it doesn’t like you stroking it–it could be because it’s in pain.

Pay a lot of attention to the “sounds” your cat makes when it walks, sleeps, or moves around. It’s common to hear popping sounds in the hips in dysplasia cases. That will happen especially when your cat gets up after several hours inactive or laying in bed.

Another symptom of hip dysplasia in cats is for the front part of their body to become bigger, or wider. Why does that happen? Because your cat has had to change the way it moves, it’s putting all its weight on the front of its body. Think of it like going to the gym and only working on the upper half of your body.

On a related note, hip dysplasia will also cause changes to your cat’s spine. As it tries to keep all its weight on its front paws, it will arch its back to help it lean forward. You might notice it barely uses its back paws to move around. You’ll probably also notice it limping.

Because there are other conditions with similar symptoms, some cats don’t always get the proper diagnosis. In many cases, it’s only extreme limping (on one or both sides of its body) that acts as definitive proof of hip dysplasia.

Your vet will have to look at your cat’s hip joints and take pelvic X-rays to identify the exact problem. If your cat does, in fact, have hip dysplasia, there are some treatments out there to give it relief and slow down the symptoms. Unfortunately, there’s still no cure.

Some of those treatments involve things like physical therapy, restricting certain activities, anti-inflammatory medication (oral or injected), and weight watching. In more serious cases, it may need hip replacement surgery.

How To Tell If Your Cat Has A Fever
There are numerous signs that a cat has a fever. Some of the symptoms are: he has a dry nose, he eats less, and he doesn't clean himself. Read more »
Link copied!
Interesting Articles
Illnesses and Treatment
Characteristics of Displaced Abomasum in Cows