How to Treat Dogs with Epilepsy 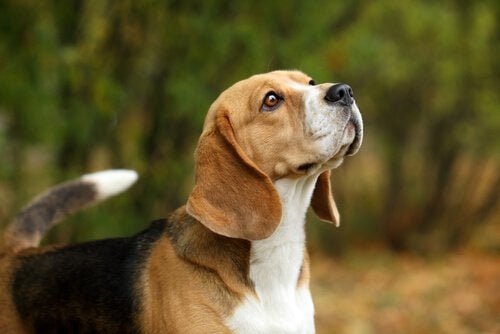 Epilepsy is never a pleasant disease. Unfortunately, dogs can also have it, and sometimes they suffer. It’s hard to watch your dog suffer, but fortunately there are guidelines you can follow on how to treat dogs with epilepsy.

Epilepsy can appear in any dog, although there are breeds that are more prone to it, like German Shepherds, Saint Bernards, Setters, Poodle, Basset Hound, Dachshund and Beagle.

Epilepsy in dogs is almost always genetic. Seizures usually begin at six months to five years of age. Knowing how to act when they’re happening is essential if you want to give your dog a good quality of life.

How to Treat Dogs with Epilepsy

Epilepsy in dogs is quite similar to epilepsy in humans. It is a neurological disease that entails completely unpredictable seizures. They’re caused by shocks being produced in the brain.

A dog having an epileptic seizure will make excessive movements with his extremities, salivate excessively as well, be unable to control his bowels, and may lose consciousness.

What to Do if a Dog is Having an Epileptic Seizure

Not all attacks are the same; some will be stronger than others. What you can expect in all of these cases, however, are certain symptoms that will alert you that the dog is going to have an epileptic attack.

For example: the dog could be very nervous and restless, because the animal itself feels that something is going to happen in its body, which also serves as a warning for the person caring for it.

But, why is it important to pay attention to these signs? Well, because that way you can prevent your dog from injuring himself by placing him somewhere he won’t get hurt and cannot fall down.

Is There a Cure for Epilepsy in Dogs?

Despite how awful the disease can be, fortunately, it is not deadly. Of course, it’s not pleasant for any owner to see their dog suffering, because even if it’s only a few minutes or seconds, it may seem like an eternity.

Normally, dogs with epilepsy do not need to visit an emergency clinic. This should be reserved for when seizures are very frequent and close together.

If the dog’s epilepsy is idiopathic, which is usually the genetic kind, it is probably incurable. He will likely need treatment throughout his lifetime. However, another form of epilepsy comes from brain tumors or ischemia, which surgery can possibly fix.

As a general rule, epilepsy is genetic and has no cure. But keep a close eye on your dog and learn how to identify when he’s going to have a seizure. You want to be able to take measures to prevent him from hurting itself. This will make things much easier for both of you and will improve your dog’s quality of life.