Home » Health » Veterinarian Care » Illnesses and Treatment » Hyperparathyroidism in Dogs: How Does it Affect Them?

Hyperparathyroidism in Dogs: How Does it Affect Them?

Hyperparathyroidism is a condition characterized by abnormal secretion of the parathyroid hormone. This hormone is involved with a number of different processes in the body. 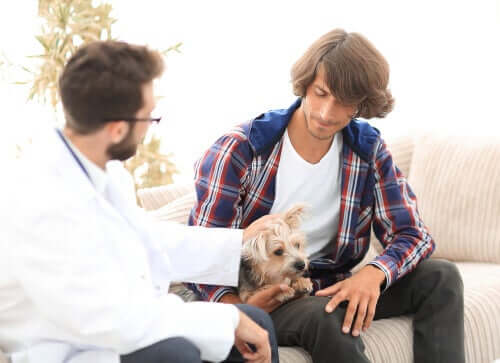 The thyroids are small glands in the neck, and have a characteristic butterfly shape. Sometimes, one or more of these glands doesn’t function properly, leading to the development of conditions such as hyperparathyroidism in dogs, cats or other species.

In the National Cancer Institute’s dictionary, hyperparathyroidism is defined as “a condition in which the parathyroid gland (one of four pea-sized organs found on the thyroid) makes too much parathyroid hormone”. This leads to the loss of calcium from the bones, and a higher concentration of calcium in the blood. Symptoms include bone pain and kidney problems.

The parathyroid glands are small, and play a vital role in regulating calcium levels. They secrete parathyroid hormone (PTH), which is in charge of increasing the amount of calcium in the bloodstream. This hormone also has an effect on the intestines, bones and kidneys.

However, one of the main functions of PTH is the hydroxylation of vitamin D in the kidneys. Activating vitamin D triggers a chain of reactions, and activates the proteins that regulate calcium absorption in the intestines.

Firstly, primary hyperparathyroidism occurs when there’s a change in the parathyroid gland. The main consequence of this is the secretion of huge amounts of PTH.

The main cause of primary hyperparathyroidism is the presence of an adenoma (a non-cancerous growth). However, sometimes it can also be the result of carcinoma (a cancerous growth) or hyperplasia (enlargement of the glands).

Hypersecretion of PTH causes the body to reabsorb calcium from different regions around the body, causing hypercalcemia.

In turn, hypercalcemia also leads to changes in parts of the body, such as the kidneys, lower urinary tract, the heart etc.

On the other hand, we have secondary hyperparathyroidism, which has two sub-groups. This condition is a homeostatic response triggered by low levels of ionized calcium in the blood.

Renal secondary hyperparathyroidism occurs as a result of a drop in the plasma concentration of calcium. This leads to an increase in PTH secretion, and a decrease in glomerular filtration.

In contrast, nutritional secondary hyperparathyroidism is a metabolic disorder, caused by hypersecretion of PTH over a long period of time.

In both cases, calcium plays an important role. Calcium is structural component of bones and teeth, and is therefore an essential mineral for the body.

It also has a series of other uses. For example, it acts as an intracellular messenger, and participates in processes such as blood clotting and muscle contractions.

How does hyperparathyroidism affect dogs?

Generally speaking, it’s fairly rare for dogs to suffer from this illness, and even more so in cats. It normally only affects older animals.

The prognosis will vary depending on the symptoms the animal displays. More common symptoms include: polyuria (increase in urine output), incontinence, muscle weakness, vomiting or tremors. The prognosis gets worse if a vet detects the presence of kidney problems.

When it comes to diagnosing hyperparathyroidism, a vet will first run a routine blood test. This will allow them to confirm whether the animal has the condition, and determine their overall state of health.

The vet will then devise a course of treatment depending on the results. If they’ve detected hypercalcemia, then they will need to start treatment right away, even if they’re not sure of the exact cause.

In the case of a parathyroid tumor, the vet will almost certainly suggest two main treatment plans. The first option is to surgically remove the tumor. They may also suggest a less invasive course of treatment, such as ethanol ablation. The size of the tumor will dictate which of these options is best.

It’s important to be aware that treatment will vary depending on how severe the condition is. Above all, the vet will want to control any damage that may have been caused to the kidneys. 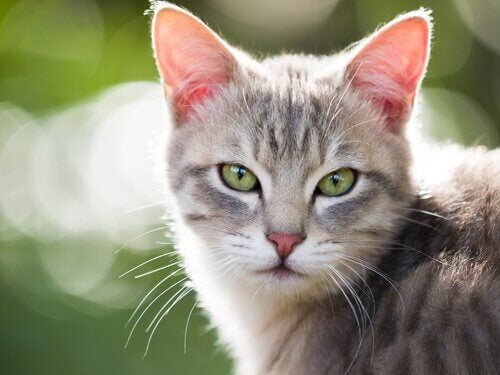