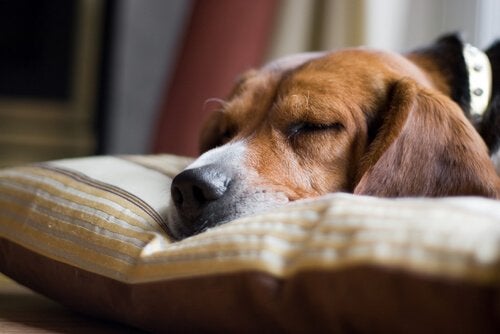 The death of a pet, especially an unexpected one, can be a painful experience that no owner wants to go through. The sudden death of a dog can happen the same way as it does with humans. Fortunately, there are some ways to prevent it from happening.

Heart Conditions, One of the Main Causes of Sudden Death in Canines

There are many reasons why your pet might die suddenly. They could be congenital, due to an unknown condition, or it could happen as the result of an injury.

One of the most common causes are heart conditions, such as arrhythmia, blood clots, and cardiomyopathy. In other words, medical conditions that affect the hearts muscles.

Dilation of the heart muscles affects its ability to pump blood throughout the body. This in turn causes poor circulation, irregular heartbeats, and heart failure. It’s the most common heart problem in dogs. In cats it’s known as Hypertrophic Cardiomyopathy.

The sudden death in canines could also take place due to a blood clot in a coronary artery, which would eventually cause a heart attack.

If diagnosed during its initial stages, then the heart conditions can be treated and not pose a threat to your pet. One of the best forms of prevention is finding out which diseases are the most common for the breed. For example, the Cavalier King Charles Spaniel can have problems with the mitral valve.

The Threat of Poisonous Substances and Internal Bleeding

You might have a large and impulsive dog breed which tends to play a little rough and unintentionally knocks himself down. Dogs communicate pain differently to people, and most of the time serious injuries aren’t treated when it’s too late.

The worst cases of bleeding tend to take place when an animal hurtles to the ground from a considerable height. If this happens, you should immediately call an emergency vet and not move your dog.

In regard to poisonous substances, in 2016 there were 18,000 reported cases of animal poisonings in the United States. In Spain, there were 9,000, according to reports from the Autonomous Communities of Castilla y Leon, Castilla-La Mancha, and Andalusia.

When an animal ingests poison, they tend to show a number of visible symptoms so the owner can recognize that something is wrong and take his pet straight to a vet. However, some poisons work too quickly and once ingested there’s nothing you can do.

If you suspect that there is a problem of people leaving poisoned food around your neighborhood or any other thing that threatens the lives of pets, then don’t hesitate to report it to the police and put a muzzle on your dog when you take him out for a walk.