The Most Common Diseases in Wild Cats in Captivity

The most common diseases in wild cats in captivity share similarities with those of domestic cats. Want to find out more? 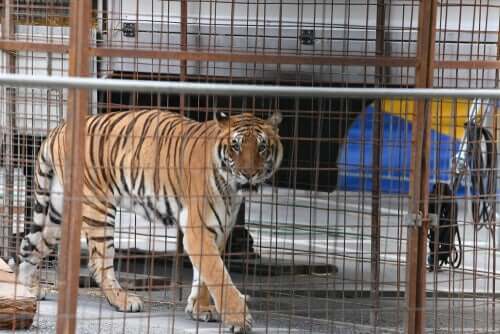 Wild cats are a diverse group of carnivores, ranging from small cats (of the genus Felis) to large cats (from the genus Panthera, Neofelis or Acinonyx). In this article, we want to talk about the most common diseases in wild cats in captivity.

All cats can develop feline rhinotracheitis, which is a very contagious disease. It’s caused by the herpes virus and it can be very similar to that found in domestic cats, which is an acute infection of the upper respiratory tract.

Symptoms include discharge from the nasal mucus or pus, conjunctivitis or keratitis. It normally disappears after 14-28 days unless it becomes more complicated as a result of bacterial infection. However, if it affects very young animals, it can be quite serious and the animal may require intensive care.

As with other herpes viruses, some cats can become chronic carriers and suffer from it intermittently.

This another very contagious virus and it can cause sneezing, discharge from the nose or eye, as well as mouth ulcers. It can sometimes be fatal, particularly if it infects the lungs, but most cases usually resolve themselves within 15 days.

Panleukopenia is an acute disease that can cause anorexia, depression, vomiting, dehydration, as well as diarrhea. It’s a very contagious viral infection and spreads by direct contact. Carriers can remain infectious for a long time.

Although it’s not very common in wild cats, it does sometimes appear. The problem is when it affects young animals. A young cub with panleukopenia can develop problems with their central nervous system.

Cheetahs are the animals most susceptible to this infection so zoos take measures to avoid contact with this coronavirus. Furthermore, it’s passed on through direct contact.

This is a paramyxovirus that can be fatal for wild cats who have been in direct contact with infected canines. However, animals that don’t die as a result will remain carriers for the rest of their lives.

Leukemia in wild cats in captivity

Although it’s common in domestic cats, it has also been found in wild cats. It generally causes symptoms of immunodeficiency.

HIV in wild cats in captivity

There are numerous retroviruses that wild cats can catch that cause this disease. However, most of them are related to the virus that causes it in domestic cats. The symptoms vary from retinal conditions to gingivitis or neurological disorders.

This has been seen in panthers, bobcats, lions, as well as leopards. However, normally, each of them suffers from a species-specific papillomavirus.

Symptoms include lesions on the skin and mouth, but, in some cases, the condition can get worse and cause tumors which eventually lead to death.

Other diseases for wild cats in captivity

The more common name for this is ‘mad cow disease‘. It’s been found in wild cats in Europe that have been fed the meat of infected cows.

Dermatophytosis in wild cats in captivity

This is a parasitic disease the cause is a dermatophyte fungus, usually Microsporum canis. Symptoms can include hair loss, red skin, thickening of the skin or breakage, as well as alopecia. Alopecia is more obvious on the ears, limbs or neck, though it may also be more general.

Senior Cat Diseases: What You Need to Know
Similarly to people, our pet's health begins to deteriorate as they grow older. In this article, we'll help you learn the most common senior cat diseases. Read more »
Interesting Articles 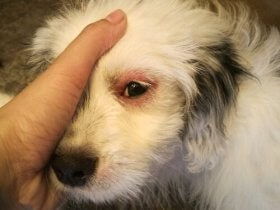 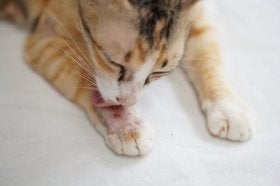 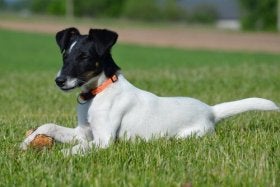 The use of corticoids in dogs is recommended in a variety of chronic illnesses and certain metabolic deficiencies. However, their…