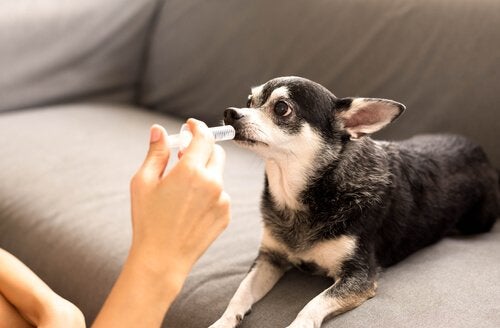 Although we may think that humans and dogs are different in everything, including which diseases they can get, there are actually some conditions that both people and dogs can have.

It’s interesting to see how veterinarians have a job that’s so similar to doctors working in human medicine. We can learn a lot from each other about our health.

Because their hearts are similar to ours, dogs can suffer from similar problems, such as arrhythmia and heart attacks. Some dog breeds are more prone to suffer from these attacks due to their more nervous personality.

This is one of the most talked about diseases in the world in recent years, both for humans and dogs. But breast cancer has also been found in other mammals, like jaguars, tigers, sea lions, kangaroos, whales, alpacas and llamas.

Diseases such as skin cancer have been diagnosed in some animals. A type of bone cancer called osteosarcoma is often found in Golden Retrievers.

More frequently than would be desirable, obesity in dogs is now very common in developing countries. Processed food and a lack of physical activity is causing these diseases in many dogs.

Leptospirosis is a disease that can affect both dogs and people. One important fact is that dogs can spread it to their human family. The contagion occurs in people when we come in contact with water or we ingest it. If our dog is already infected, our risk goes up.

It starts with bacteria in the water. Leptospirosis can affect humans and dogs worldwide, although since it comes from water-loving bacteria, it is more common in hot climates with wet areas. In Spain, Catalonia, Aragon and Asturias are the geographical areas most affected.

Although there is a vaccine for the disease, it is not always effective and the infected animal can transmit the disease to his owners. Although there it’s not a 100% guarantee, vaccinating dogs is the first step to protect against leptospirosis. The vaccine is usually given at 12 or 13 weeks of age.

The trend in recent years points to a reduction in infections due to hydatid cysts and other conditions. The primary victims, however, are still children, women and people with AIDS.

The disease that affects the greatest number of dogs and humans is brucellosis. It comes with the consumption of milk, fresh cheese and meat of cows, sheep, goats, etc.

Symptoms of diseases common in humans and dogs

If you start to notice signs of a fever in your dog, it’s recommended to go to the vet’s to get him properly treated. If you see that your furry friend is feeling down and doesn’t want to eat, those are the first symptoms.

To protect yourself, don’t let your pet swim in contaminated areas or areas that might be contaminated. The countryside and rural spaces with stagnant water are dangerous. Once you have detected the disease, go to the vet’s office as soon as possible.

Some studies in Spain have detected that each year dogs and cats transmit over 300 diseases to people. Brucellosis is the most widespread, with more than 6,000 cases.

Specialists affirm that the zoonotic infections can lead to:

According to experts, the animals’ environmental conditions are declining, which plays a role in the maintenance of these illnesses.