What the Color of Your Dog's Gums Can Tell You 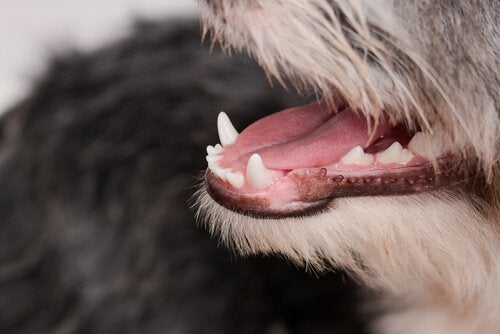 Good oral hygiene is essential for your dog’s health. There are tons of diseases that can be transmitted orally, which is just one of the many reasons it’s so important to take good care of your pet’s oral health. The color of your dog’s gums can tell you a lot about how your dog’s health. Continue reading this article to learn about everything you need to know about this topic right now.

Before trying figure out what the color of your dog’s gums is telling you, you need to learn how to examine them properly. It’s important to know how to distinguish the different tones. Look at the tips below:

Once you have a good idea regarding the state and color of your dog’s gums, you need to figure out why his gums are going through changes. Gums have several tones, and each one means something different.

Healthy gums should have a pinkish tone. When they’re that color, it means your dog’s blood pressure is good, and that he has all the vitamins and nutrients his body requires.

They should be shiny, soft, and not sticky at all. Use your finger to press onto your dog’s gums, if they return to their normal color within a couple seconds, then their blood is circulating properly and there’s nothing to worry about.

The color of your dog’s gums

There are several tones your dog’s gums can take on, such as the ones below:

As you can see, the color of your dog’s gums can tell you a lot more about their health than you might have thought. That’s why it’s so important for you to be very familiar with the color of his gums. If you are, you’ll be well-prepared for any color changes and ready to act fast.