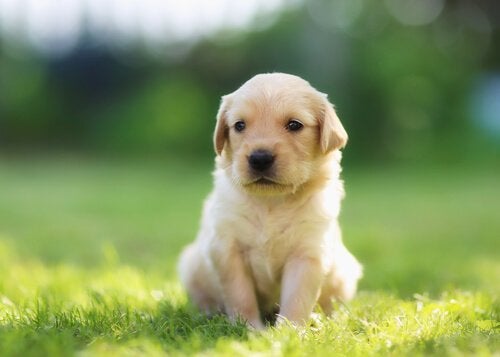 Bringing home a new best friend is quite an event. At first you’ll take good care of him and make him feel like part of the family. You might spend several days thinking about what to name him. This article can give you a hand by providing some creative dog names.

Creative names for your dog

You can resort to using famous dog names on TV according to your dog’s breed and personality. You can also use a word from another language, but make sure it’s short, understandable and easy to pronounce. Thus, the dog will associate it with himself and he will come when called on (unless he is being naughty). Here are some interesting ideas for creative names:

This was the name of a Disney movie protagonist who can make us feel sad, brave, or warm and fuzzy inside. Balto was a sled dog who transported medicine and food.

This is certainly a nice name for curious dogs with a mustache. Dali can is ideal for small breeds with big personalities.

If you have a brave guard dog who would give up his life for you, then don’t think twice about naming him after this Greek city.  This city is known for receiving a so-called “gift” of a giant horse statue filled with enemies.

If you are a Star Wars fan and your significant other won’t let you name your children after Luke or Leia, then you can name your pets after them instead. Leia is a very sweet name for an adorable little female dog.

This word means “angel” in Arabic and it can be used for both genders. Malak would be the perfect name for your dog if he/she came into your life to protect you or be your dream keeper.

Pick out an Asian name if you have a Japanese dog breed (like a Shiba Inu or Akita inu). Akira is really beautiful for a small female. Other similar names are Mitsuki, Kayoko, Hiroki, Sayuri or Hachinko.

Maybe this name is too long for your dog (you could call him”Valki” for short), but it has a greater meaning. The Valkyries were strong and beautiful female warriors in Norse mythology who were in charge of carrying fallen battle heroes to the Hall of Asgard ruled by Odin.

Have you adopted two beautiful doggy brothers? Then you could name them after the sons of Zeus, Castor and Pollux (The Gemini in Latin). The older brother was known for his ability to tame horses and the younger one for his grappling skills. You’ll know which name works best for each dog.

Choose a sweet and tender name like this one if your dog is a Golden Retriever or a Labrador. “Biggie” is the perfect word for both his large size and huge heart.

Snowy is the little white dog who joins Tin Tin during all his adventures. It’s a great name for comic book and detective story fans.

This name is ideal for a confident proud dog who walks down the street with his head held high. He doesn’t feel threatened or weakened by anything.

Those who are in their 30’s probably have watched “Rugrats” during some point of their childhood. The baby protagonist’s dog was named Spike, and the baby rode on his back like a horse or had him be his sidekick in each show.

What do you think about this Basque name for a dog who smothers your face with kisses every time he sees you? Maite means “Love” in Basque and it could be perfect for your special furry friend.

Last but not least, here’s another name for a female dog based on a movie. In this case, it’s the protagonist of “The Lady and the Tramp”. If you have a cocker spaniel, then don’t hesitate to name her after Queen; the dog who falls in love with a street dog and eats spaghetti and meatballs with him.