A Dog Adoption Campaign Run by a Milk Company? Believe It! 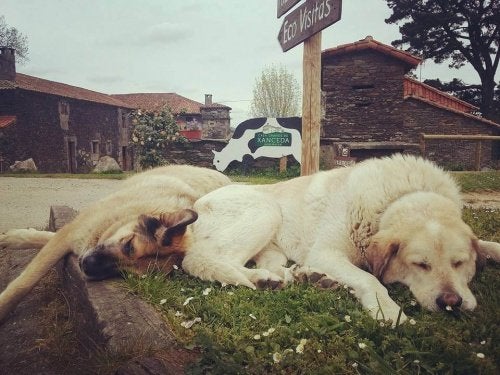 Now here’s a quite tasty bit of news. A brand of organic dairy products and an animal protection organization have teamed up to launch a dog adoption campaign.

So on the yogurt cups by the company in question, we’ll be seeing images of hopeful dogs looking for a new home instead of the usual pictures of happy cows. Some lucky critters have already found a home thanks to the campaign!

With the aim of “putting a face to the invisible,” the dairy company and the Friends of Canceira de Ordes Association — both located in Galicia, Spain — designed an adoption campaign using the image of 8 beautiful dogs. The intention, though, was not just to help find adoptive families for those 8 dogs, but to raise awareness so that many more abandoned animals can find a new family.

The campaign’s page encourages people throughout Spain to welcome abandoned animals into their homes, and provides contacts for various protection agencies and shelters.

According to a report by the Affinity Foundation, despite a downward trend in the number of animals abandoned each year, 104,501 dogs and 33,330 cats were still taken in over the course of 2015 by guardians and shelters after being abandoned.

A dairy company and an animal protection association joined forces to launch an adoption campaign for abandoned dogs.

Meet the gorgeous dogs who star in the adoption campaign

If you go out to buy a cup of yogurt, you may see a photo of one of these furry friends:

How did this unique adoption campaign come about?

The idea of ​​putting the images of dogs on yogurt cups came from Jessica Rey. Besides working for the dairy company, she’s also an active member of the Friends of Canceira de Ordes Association.

The idea came from American campaigns to find missing people, which use Tetrapak packaging to raise awareness. Jessica discovered that a California soft drink brand found homes for over 100 dogs by putting their photos on bottles. It inspired her and she set out to make the adoption campaign a reality.

An initiative to raise awareness among children

But the joint work of the dairy and the protection association doesn’t end there. There’s even more than the remarkable campaign to encourage people to adopt homeless dogs…

They also work together in primary schools. There they teach children to be responsible and act in solidarity with animals. The initiative is called “A dog, a friend.” In 2016 it was rolled out in seven educational centers and reached over 800 students in Ordes.

Perhaps if we teach our children early on to understand that animals as well as humans have the right to enjoy love and care, then the next generation of adults will treat animals better than the current one does.

If you want a pet, adopt one

Hopefully, the yogurt cup adoption campaign and educational program will be just the beginning. We look forward to many new initiatives encouraging people to welcome pets from shelters into their families.

And if you’re planning to get a pet, give serious thought to adopting. But also remember that having a pet comes with important responsibilities you can’t ignore. They include:

There are all kinds of wonderful animals out there just waiting for a second chance to enjoy a loving home and share their affection and company. Don’t make them wait!