The Effects of Illegal Dog Fights

Today we're going to tell you the story of Ecoy, a dog that was stolen and used for illegal dog fights for years. Now, he's waiting in a shelter for a new owner. 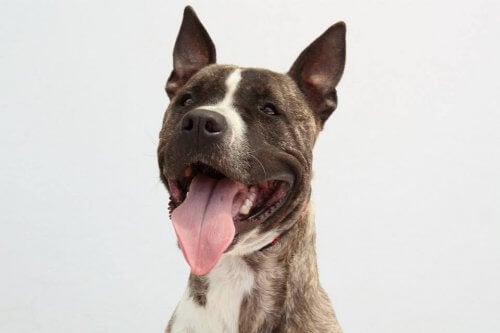 In this article, we’re going to tell you the story of Ecoy. He’s a dog that was stolen and used for illegal dog fights, and now he’s waiting at a shelter for someone to give him a new life.

Ecoy is an American Staffordshire, a breed that many countries consider to be potentially dangerous. That may have been the reason why his owners left him when he was just 1 and a half years old. They took him to the Animal and Plants Protective Society in Granada, Spain, when they moved to Germany.

By that time, Ecoy was a very social animal who was great with children and other animals. And he soon caught the attention of the young man who had decided to adopt him.

Unfortunately, just before his new owner was able to bring Ecoy home, someone stole him from the shelter. They also stole a bulldog named Betty.

This is the story of Ecoy, a dog that thieves stole and used for illegal dog fights for years. He’s now in a shelter, waiting for someone to want to adopt him.

More details about this dog’s story

Fortunately, they were able to get the two dogs back. This was thanks to the people sharing the issue on social media, the work of the Guardia Civil in Spain and Ecoy’s microchip. However, they were nothing like they were before.

One of the thieves returned Ecoy using the excuse that his friend had asked him to take care of the dog. He claimed that he had no idea the dog had been stolen.

Also, authorities found Betty in a nearby town where the thieves had abandoned her. In the end, they arrested two people for these crimes.

Corinna Willhöft, manager of the shelter, remembers her reunion with Ecoy very well. She said he was able to recognize her immediately.

However, she could tell he had changed a lot. “They had primed him and he was deformed,” she says. Unfortunately, the terrible truth was that they had used Ecoy for illegal dog fights, and the two of them had lots of injuries on their heads and necks.

A dog that would never be the same

The two dogs quickly recovered from their injuries and Willhöft even adopted Betty herself.

However, Ecoy didn’t have the same luck. The person who had wanted to adopt Ecoy before the thieves stole him, had already adopted another dog.

But the saddest part of it all is that, even though Ecoy quickly recovered from his physical injuries, his attitude had changed completely because of the illegal dog fights. His relationship with humans is still good, but he’s now very ‘territorial’ and can no longer be around other animals.

Ecoy is still waiting for someone to adopt him

Therefore, finding someone to adopt this American Staffordshire is an increasingly difficult task. You also have to remember that the state considers him a potentially dangerous breed, so there are other regulations for him that make the process even more difficult.

Today, Ecoy is the ‘veteran’ of the Granada shelter. He’s been waiting for almost four years for someone with a good heart to give him a new home and a new opportunity.

Maybe if someone finally adopts him and gives him all the love and care he deserves, he can begin to heal those deep wounds that other humans caused.