Dog Breeds that Bark the Least!

Aside from the fact that the most barking dogs can be a nuisance to your neighbors, it's important to keep in mind that, on many occasions, a specimen demonstrating excessive amounts of this behavior may either be suffering from some form of illness, or experiencing pain; as dog owners, we must be vigilant if our pet's barking is too loud or too frequent. 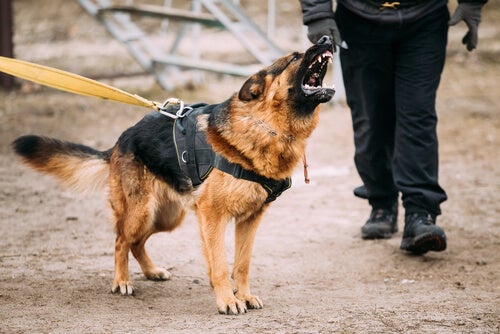 Barking is inherent to a dog’s nature, whether the dog is mixed or purebred. Wanting a furry friend also means learning to live with their characteristics, needs and forms of communication. However, if  you’re looking to avoid problems with your neighbors, one good option is to opt for dog breeds that bark the least.

A Dog’s Bark: Their Fundamental Tool for Communication

Barking is a dog’s main form of expression.. A dog barks to express their feelings and moods, alert their owners and peers of eminent dangers, and emphasize their basic needs, such as eating, urinating, drinking water, etc. But when it comes to excessive barking, this can cause problems both for the animal and its owner.

A dog that barks too much could be trying to demonstrate, through their behavior, that their body is suffering some sort of disease, pain or irritation. In these cases, the barking appears as a symptom and should not be ignored to that your furry friends’ health stays in the best shape possible

Aside from that, for dog owners living in apartments or enclosed spaces, their dogs’ excessive barking can cause serious coexistence issues with their neighbors. Not to mention the financial burdens caused by the sanctions of this canine behavior.

It is due to all of these factors that we wanted to reaffirm the importance of observing and controlling our pets’ behavior, through the writing of this article. So, in order to  choose a furry friend that is compatible with your environment or lifestyle, we present to you: a list of dog breeds that bark the least.

The Dog Breed that Barks the Least

The number one ranking dog in the “most likely to not bark” category, is a pretty un-popular breed called basenji. This dog does not emit the sound that we commonly associate with the a dog’s bark. When a basenji barks, you hear a sound similar to that of a soft laugh, which is of course very unique in the canine world.

They are a small, very calm dog breed with characteristics that favor its adaptation to apartments and small environments. But since they are very energetic, they need to be walked at least twice a day, so they get enough exercise and don’t get bored.

The Other 9 Dog Breeds that Bark the Least

In addition to the basenji, here is a list of the other dog breeds that bark the least:

Which Dog Breeds Bark the Most?

By comparison, these are the breeds that tend to bark the most often:

Why Do Some Dogs Bark Excessively?

There are several natural factors that can cause excessive barking in dogs, such as the behavioral tendencies of each breed. Some breeds are more expressive, more alert and more distrustful than others, and then there are those who tend to be more calm or sociable.

However, are also many external stimuli that can cause a dog to bark incessantly. That’s why we took the time to write a description about the top ten most frequent causes of excessive barking in dogs:

1. Stress: dogs will sometime bark to relieve stress or express their concerns.

2. Enthusiasm: many dogs tend to bark when a situation or some sort of stimulus excessively excites them.

3. Boredom: it is one of the most frequent consequences of a sedentary lifestyle; dogs bark because they get bored of doing nothing!

4. Frustration: dogs usually bark when they are upset, or to express their frustration if they don’t get what they want.

5. Sedentism: a lack of exercise and a chance to burn off energy can cause excessive barking.

6. Caution: dogs have sharpened senses and perceive danger much more easily than humans. They bark to warn you about threatening situations.

7. Unconscious training: this happens when we basically allow or teach bad behaviors and habits, like letting our dogs bark to get what they want.

8. Health problems: some diseases, as well as deafness and blindness associated with aging, often cause dogs to bark excessively.

9. Possessiveness: dogs often develop possessive behaviors in relation to their owners or things. It’s very likely that they will bark to defend their territory, as well.

10. Shyness or defensive behavior: dogs that have not been properly socialized or that are timid by nature may bark defensively, in an effort to keep other animals or humans from approaching them.

If your dog barks excessively or is demonstrating anxious or aggressive behaviors, it is essential for you to immediately take them to a trusted veterinarian. Even the dog breeds that bark the least can develop this behavior due to pathological causes.