Why Do People Abandon Their Pets? 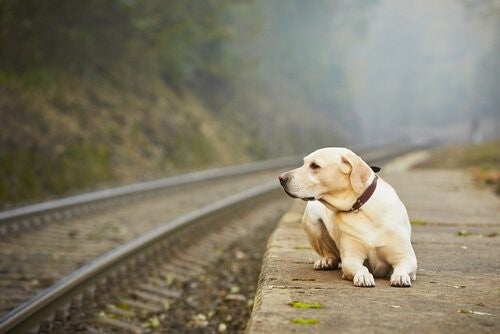 We will never defend an act as cruel as abandoning an animal. But we do want to understand the major reasons behind it. Would you like to know why some owners abandon their pets? Find out more here.

The problem of abandonment

Millions of dogs are left on the streets every single year. And it unfortunately happens all over the world. Many of these poor abandoned animals die and some are taken to shelters. Sadly, very few are adopted by loving families.

If you add this to the problematic fact that not all owners spay or neuter their pets, you see how big an issue it is. After all, abandoned animals will reproduce at least once per year.

Abandoning a pet is practically the same as killing it. It’s very unlikely that the animal will find their way back home. Ultimately, they end up on the street or in a shelter along with hundreds of other abandoned animals in the same sad condition as them.

Another sad reality in many countries is that abandoned dogs die in the cruelest possible ways. Electrocution, gas, incineration and poisoning are used to “get rid” of them.

Why some people abandon their pets

There are many reasons that people abandon their pets. Maybe we will be able to understand why there are so many dogs on the street when we look at the possible causes:

Some pets have health issues and need expensive treatment that the family may be unable to afford. Sometimes the owner doesn’t have the time to take care of them, either.

A destructive, dangerous, disobedient, or unstable dog is more likely to be abandoned than a calm, obedient, and harmless one. But usually, when the animal is not the “perfect” pet, it’s simply a lack of training and patience.

Keeping an animal healthy can be very expensive, since the prices of food and healthcare are high. Therefore if a pet owner is unemployed or in debt, they may abandon their pet.

Relocating from a house to a smaller place may lead some individuals to abandon their pets, especially if they are large dogs, for example.

You’re more likely to find older dogs abandoned than puppies. Why? Because they’re no longer “fun and cute”; instead, they need extra care and attention.

There is nothing worse than giving a child a puppy as a gift. Why? The reason is simple: a child feels like the puppy is merely a toy, so they’ll soon grow tired or bored of him. Since the child no longer pays attention to the pet or feeds it, the parents may decide to abandon it.

Illness or death of the owner

Many times, when an older person dies or hospitalized, the family members don’t know what to do with their pets. A lot of times they decide to leave the pet to die, even if they have been with the family for many years.

Birth of a child

When a couple doesn’t have any children, they usually treat the dog like a baby. But when the family grows, the couple is no longer interested in the pet and will most likely leave it on the street.

Did you know that many animals are abandoned in the summer? Some people simply don’t want to take their dogs to a kennel or leave them with a family member. Instead, they decide to abandon them.

Not spaying a female dog is a big problem. When the puppies come people may not know what to do with them. Instead of giving them up for adoption, some decide to abandon the puppies along with their mother. The street is a hard place for young animals.

Many people use dogs as a money-making venture, whether in races, fights, or breeding. This makes the animal a source of substantial income. When the dog gets old, sick, or can no longer have puppies, they’re left on the street or abandoned.

For these reasons and more, having a pet is a serious responsibility. Let us take this opportunity to remind you that deciding to adopt a dog is not a decision to be taken lightly.