How much does tobacco smoke affect pets?

Tobacco smoke affects pets just like it does to humans, although the risk of disease depends on the species and breed. Even cigarettes butts that fall on the ground can bring negative effects on animals. 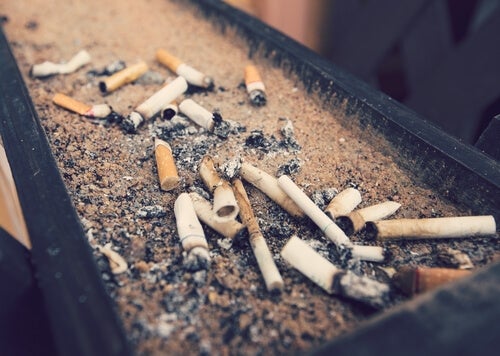 The effects of cigarettes on the human body is an often discussed topic that also affects pets.  Animals, just like humans, are prone to the different diseases that are caused by cigarettes and secondhand smoke.

However, surprisingly little information has been released on how harmful smoke can be for animals. That’s why this article is intended to inform you about the effects tobacco smoke have on your pet’s health.

These words seem to go hand in hand whenever talking about this topic. Nicotine is one of the main in tobacco. When it’s consumed, it enters the body through the lungs and the rest of the body absorbs it.

Nicotine is harmless in small doses, but its negative effects multiply when in increased amounts. In humans, it typically causes anxiety, panic attacks, headaches, and chronic illnesses like different types of cancer.

What about animals? Although they aren’t smokers, tobacco smoke can affect them the same way it affects humans. Depending on their breed and species, animals can suffer a lot due to their owners’ bad habits.

Most diseases are take place in both humans and pets, because their bodies aren’t that different from each other. What really varies is the risk of developing certain diseases because it all depends on the effect it has on the animal’s body.

For example, dogs with short noses, called brachycephalic dogs, are more likely to develop sinusitis and lung cancer. Smoke is concentrated at a higher volume in their snouts and causes big problems in the animal’s nose.

Unfortunately, the diseases above aren’t the only ones that affect pets, there is even more. Diseases vary between dogs and cats, and they appear at different severity levels. For example, one breed may be more prone to a certain disease than others.

A dog’s sense of smell is probably the most developed sense he has, which makes him very vulnerable to respiratory diseases that are related to cigarette smoke.

Some studies have revealed that dogs whose owners are active smokers are 40% more likely to develop cancer of any type. Tobacco can create all kinds of allergies in the animal’s body, especially in its brain. The nose and eyes are the most prone to allergies.

Dogs can even develop a lack of appetite when they can’t smell their surroundings.

Suffocation and fainting are other health issues from second hand smoking. If you are a heavy smoker inside your home and don’t allow fresh air to come in, there’s a great chance your pet could suffocate.

Cats are very sensitive to cigarette smoke because they clean themselves constantly. Smoke particles stick to their fur and the cat absorbs them while licking themselves. Among other diseases, cats are at risk of developing oral and respiratory cancer.

In some cases, cats can experience a kind of allergic reaction in their eyes from the cigarette smoke. The particles react with the eye’s mucous membranes, which makes the animal paw at the area for long periods of time and cry excessively.

Cigarette butts can also cause diseases, because they contain residue that contaminates the environment. It’s best to discard cigarette butts immediately, or better yet, quit smoking for your’s and your pet’s wellbeing.

There aren’t any home remedies for tobacco-related issues. So, it would be best to schedule an appointment with the vet as soon as possible if you think your pet has developed an issue. Remember, by smoking you not only risk harming your own body, but those around you as well.