The Dangers of Cutting Your Pet's Vocal Cords

Although dogs and cats don't speak, they can communicate by meowing or barking. The damage caused by the amputation of their vocal cords is very serious, and it seems like the laws aren't in favor of animals. 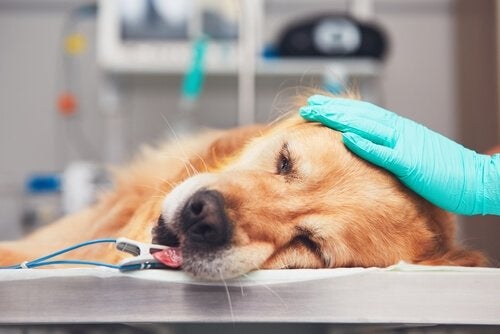 Barking and meowing can be very annoying, both for anyone who lives nearby, such as your neighbors. That’s why some people decide to cut their pets’ vocal cords, but what harm does this practice cause?

Why shouldn’t you cut a pet’s vocal cords?

Many people believe that because animals don’t have the ability to speak, they don’t need vocal cords. They only emit sounds like barking and meowing that can be really annoying when you hear it excessive amounts.

However, people forget that the sounds that animals emit are a form of communication. You might say that’s their own way of talking. Unfortunately, many judges have ruled in favor of people who complained of constant barking by sentencing some dogs to have their vocal cords cut.

This is the case of Karen Szewc and John Updegraff, who make a living by raising livestock, guarded by Tibetan Mastiffs. They took a couple of these dogs in order to raise them and have several of them to protect their sheep, which is what they make a living off of.

Since these dogs lived outdoors and unrestricted, their barking became more frequent and intense, to the point of annoying their neighbors, Debra and Dale Krein.

So, this couple got support from the county they lived in. The county said that the noises made by the mastiffs violated urban regulations, and that dogs would continue to do because dog owners were “collecting” more puppies.

Although Szewc appealed the allegations, arguing that her dogs were her employees who watched over her assets, allowing her to make a living, the issue went to court, and the complaints continued. The neighbors claimed that the couple who owned the dogs only gave excuses and did nothing to solve the problem.

The case concluded with a 238,000 dollar fine, to be paid to the couple considered the “victims” of the noises, in addition to the elimination of the animals’ vocal cords.

What about animal cruelty laws?

As animal lovers, we wonder when the law has cared for and protected these animals and looked out for the good of the public. Szewc said that if her dogs couldn’t help her protect her livestock, then she would have to buy a gun, and we all know what might end up happening next…

In 2014, the Mexican Canine Federation brought a proposal for a new initiative to Congress, calling for the cutting of animal vocal cords so that they cannot disturb anyone.

As expected, this initiative caused a stir on social media, where people claimed that this was nothing more than a form of animal cruelty, and that it was unthinkable for a judge or any other law representative to allow such an atrocity.

The truth is that these operations shouldn’t even exist, because they cause a lot of harm to our pets.

Every part of your body, and your pets’ bodies, is there for a reason, and has a function. Therefore, eliminating any part is nothing less than an amputation. That’s something that law representatives need to understand.

Below are the harmful effects of cutting a pet’s vocal cords:

As animal lovers, we hope to win cases like these soon, but at the moment, the best thing we can do is to learn how control our dogs’ barking so that we won’t have any more of these problems.