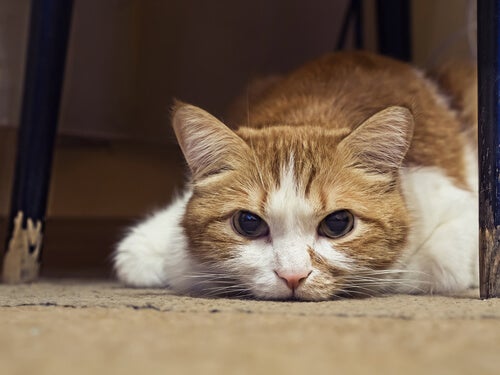 Animal abuse is an evil that seems to have spread to almost every city in the world. However, Mexico is usually mentioned among the countries that, unfortunately, stands out for just that.  However, there is good news. For some time now, Mexico has been promoting a variety of laws and proceedings to reverse the situation.

The initiative responsible for toughening the penalties for crimes against animals was led by congresswoman Guadalupe Torres Sánchez. She is a member of the Justice Comission of the San Luis Potosí State Congress.

Reforming the Penal Code to Escalate Penalties for Animal Abuse

To achieve their objective, Torres Sánchez— who is a member of the Democratic Revolution Party (PRD) bloc—is promoting an initiative to reform the Criminal Code of the State. This  represents and seeks to increase fines and prison sentences. Additionally, it seeks the incorporation of an aggravating mechanism. And, this would be according to the degree of abuse the victims suffered.

Now, the sentences range from three months to one year in prison. However, according to the legislator, they are still not enough to inhibit this type of foul animal abuse.

The deputy was moved by an event that was aberrant. It took place in Santo Domingo, one of the 58 municipalities that make up the state of San Luis Potosí. This is in the center-north region of the country. It is for that very reason that they consider it essential to change the regulations.

“The purpose of human life is to serve, and to show compassion and the will to help others.”
—Albert Schweitzer

The series of events gained Torres Sánchez’s a repudiation. It also brought light to a larger problem in Mexican society. In this case, a group of people set fire to a small stray dog. The people also attached explosives to the poor little animal’s body.
The crime came to light because a YouTube video. Basically, the video captured the unsightly and unfortunate series of events. Then, it went viral. As a result, the outrage spread across every single social media platform.

All about the video

In the video, you can see the dog engulfed in flames. The dog runs desperately while the criminals burst out laughing. Then, the criminals try to dodge it so as to avoid getting burned.
Fortunately, the justice department has already taken actions on the matter.

These Were the Changes Proposed to Increase Penalties for Animal Abuse

When it Comes to Protecting Animals, All Initiatives are Welcome

The deputy pointed out that it is necessary to advance on issues such as breeding and illegal pet sales.

Undoubtedly there are a great variety of issues and varied sides by which one can address animal abuse.

Punitive actions never seem sufficient. That’s even truer when they are not accompanied by an campaign focused on awareness and education. The education is about the treatment that pets should receive. It also covers the treatment of animals in general.

Knowledge about animal rights and learning to care for animals is important. However, it is not something that everyone wants to take on.

In the meantime, any and all initiatives that contribute to alleviating these innocent creature’s suffering are always welcome.