Inbreeding practiced by some irresponsible breeders might be the real reason why certain purebred dogs have high a higher chance of falling ill. It's also true that crossbreeding can also cause uncertain outcomes. 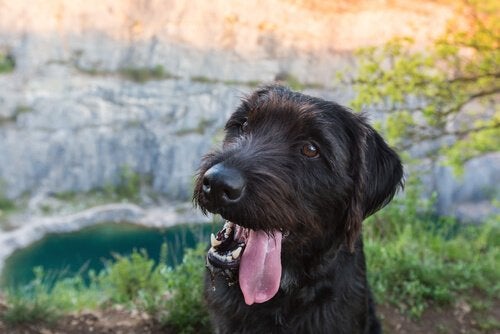 When choosing a dog, you’ve probably found yourself having difficulty picking out between a purebred or a mixed-breed dog. There is so much false information out there and you can find a lot of biases with no scientific basis. For example, some information claims that purebred dogs are smarter, or that mixed breed dogs are healthier.

One of the most examined problems in animal breeding is endogamy or inbreeding. Like with any business, some breeders boost their profits at the cost of endangering the DNA in future generations of puppies. This often leads to hereditary and congenital diseases.

A puppy born with these problems can have all kinds of serious health issues:

Breeding practices have a big impact on whetherthese dogs end up suffering from health problems. A responsible breeder who follows ethical guidelines will never mate dogs that are family members or ones that’re prone to illness.

They also analyze all potential parents to see if they have genetic defects. If they find any, they won’t allow these dogs to mate.

Is it really better to buy a mixed-breed dog?

Despite all of the above, a lot of people look down on mixed-breed dogs and call them “mutts” or “mongrels.” Some argue that it’s hard to know what their personality will be like. They also say it’s difficult to know if they will fall ill to any diseases.

This can be important when adopting a puppy. You might think you’re taking home what will eventually be a medium-sized dog, but it ends up being as big as a mastiff.

When it comes to personality, you also have to be careful about which dog you choose. Families often have to return out of control dogs. With that said, they might be better off with families that live in the countryside.

To avoid any surprises, it’s good to do a DNA test to find out your mixed-breed dog’s origins. Or you can simply spend some time with the dog before adopting it.

Another problem mixed-breed dogs may have is that many have been abandoned. So that usually means they can change their personality and turn into nervous, anxious dogs.

Some people say that anyone who invests a lot of money into a purebred dog will have the means to cover its expenses.  Likewise, if people abandon mixed-breed dogs it’s because their owners are usually irresponsible or don’t have the financial means to take care of them.

No matter what most people say, mixed-breed dogs aren’t any healthier. In the end, any dog has certain pros and cons, so you always need to be prepared for the good and the bad.